The relaunch of the razr name earlier this year was a big one for Motorola and fans of nostalgia alike. But while the foldable Android phone was good in its own way and well-liked by its users, it didn’t hit the spot for everyone. The hinge wasn’t great and the cameras were less great. The battery was downright bad. But Motorola is back, this time with the razr 5G.

Yes, it adds 5G. But there’s more to it than that. 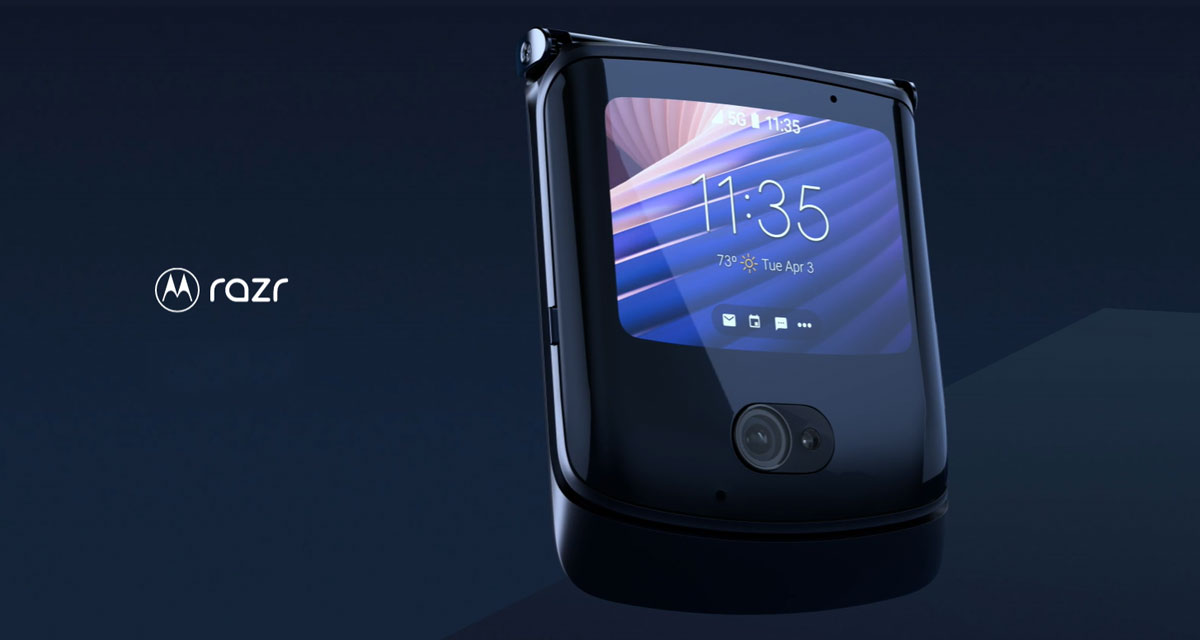 The price is lower, for starters. You can get into a razr 5G for $1,399 which is $100 less than last time. You’ll get a 6.2-inch foldable display and a 2.7-inch screen on the outside that can be used for notifications and stuff. Inside is a Snapdragon 765G which is a faster option to last time and the RAM has been increased to 8GB. Oh, and storage has been doubled to 256GB.

Importantly, the battery is now larger at 2,800mAh as well – with the hope being that the battery life will be improved. We’ll have to wait and see.

The fingerprint sensor has now gone from the front of the phone to the back, giving this thing a cleaner overall look. But the cameras are where things really improve. As The Verge says, the first phone’s were less than optimal.

The original Razr’s cameras were, to put it simply, bad, with a 5-megapixel selfie camera and a 16-megapixel main camera that was effectively only good for shooting in direct sunlight. The updated model looks to change that on both fronts. The internal camera is a 20-megapixel sensor that shoots quad-pixel 5-megapixel stills (presumably at a better quality than the original), and the rear camera jumps up to a 48-megapixel sensor with a newly added laser autofocus time-of-flight sensor and optical image stabilization. Thanks to the Razr’s external display and foldable nature, you’ll be able to use that more powerful main camera for selfies, too — although we’ll have to see whether Motorola has actually succeeded in improving the performance, especially in low-light situations.

And, yes, 5G. Not that it really matters in 2020. And even then, there’s no mmWave support. Motorola says that the phone will be available unlocked later this fall, although we don’t know exactly when that will be.