Just over a week ago we brought you an article which showcased the design talents of Antonio De Rosa, founder of ADR Studios. The beautiful concept design, dubbed the ‘iPhone SJ’ not only showcased De Rosa’s talents, but also served up a beautiful design which would not look out of place in any Apple retail store. The design featured a complete, capacitive glass screen encased in a sleek; light polycarbonate body and looked the perfect blend of form and function.

The mock up is merely one mans interpretation of what a next generation iPhone could look like, and is an example of the possible aesthetics only with no real information given to the technical specification other than an A6 dual core processor and a 10-megapixel camera.

It appears that our previous title of ‘This iPhone Render Will Likely Blow Your Mind’ proved to be accurate with the public going wild over this concept design, prompting Antonio to release a few more images for us to salivate over. De Rosa has updated the ADR Studios website with the following information:

The concept of the iPhone SJ has been welcomed in an amazing and unexpected way by the Web. We want to celebrate all this by releasing more images and details of the concept together  with a small video. 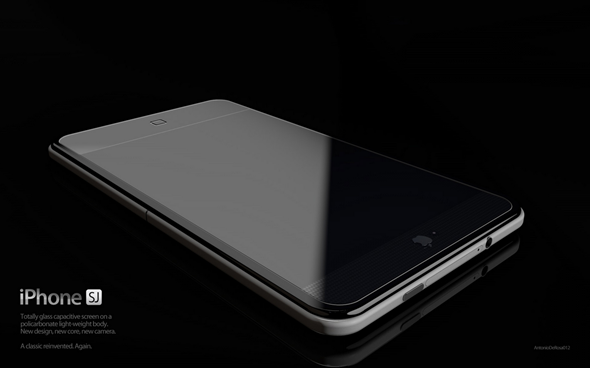 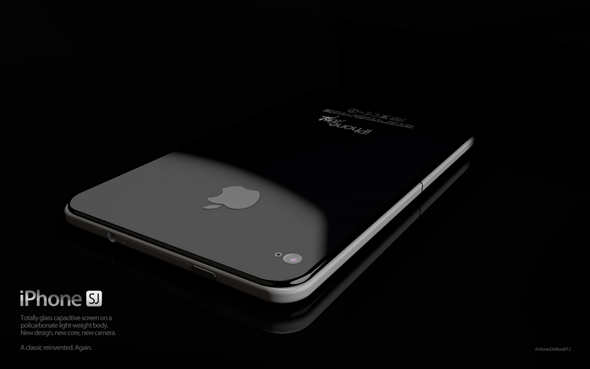 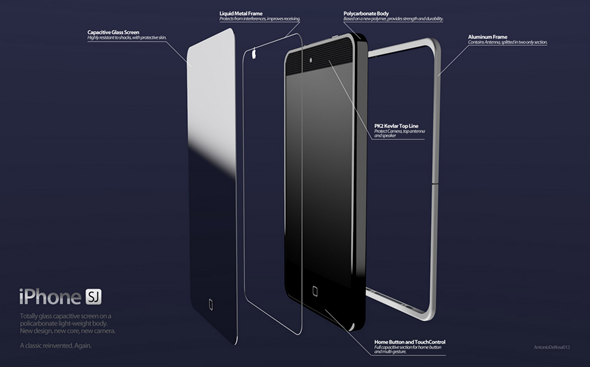 It is worth pointing out, before anyone gets too excited, that this mock up is indeed a design created by Antonio to put onto paper what he believes the future iPhone should look like. With the iPhone 4S being the current production model, some consumers were slightly disappointed that we are seeing the exact same design two times in a row. However, even though we are only three months into the life of the 4S, rumors are already starting to circulate about a radically new designed iPhone 5.

I don’t know about you guys, but part of me hopes that Sir Jonathan Ives and his design team follow the same thinking pattern that ADR Studios have followed to come up with the flawless concept. I’m pretty sure a next generation release which looks as good as this would be ferociously welcomed by consumers.