Back in July, while iOS 11 was still going through its beta cycle, Apple confirmed that the absence of the 3D Touch app switching gesture wasn’t a mistake and that the feature had, in fact, been removed intentionally.

The confirmation, which came from Apple engineering in response to a Radar, did not mention whether or not there was a chance the feature would make a return, but new information coming from Apple’s senior VP of Software Engineering Craig Federighi himself reveals that the removal was only temporary. 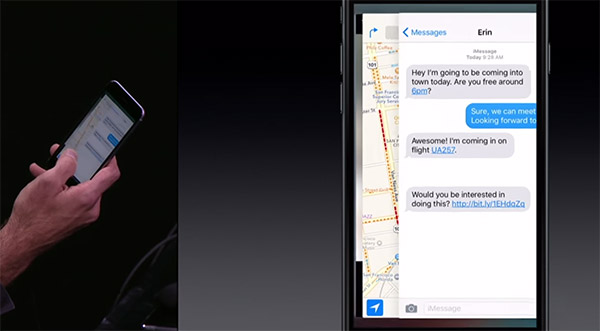 Apart from being a UX element that users of 3D Touch-capable devices have grown used to, the aforementioned gesture offered additional convenience in the form of quicker switching between two recently used apps. Users could press harder on the left edge of the screen and drag halfway across the screen to jump into the app switcher or drag all the way across to quickly switch to a previously used app without having to deal with the app switcher at all.

As we ourselves had suggested when the news of the features removal came to light, a MacRumors reader emailed Federighi, asking him whether adding this gesture back as a switchable alternative to the old Home button double press was being considered. This is what the Apple Software Engineering head had to say.

Question from Zahn: Could we at least make the 3D Touch app switch gesture an option in iOS 11 so that I could retain the ability to switch apps that way instead of having to double tap the home button?

We regretfully had to temporarily drop support for this gesture due to a technical constraint. We will be bringing it back in an upcoming iOS 11.x update.

Thanks (and sorry for the inconvenience)!

There you have it. The gesture will ultimately be added back to iOS 11, though we still don’t know exactly when that will be or what factors caused it to be benched. If I had to guess, Id say the decision might have something to do with the iPhone X and its new Home bar, multitasking gestures for which can be found in iOS 11.