Minuum Keyboard For iOS 8 Will Adjust Its Height For Less Obtrusion, Sign Up Now For Early Access

Although many of us have now adapted to the idea of a touch-based keyboard, there are still limitations to this feature. One of the glaringly obvious caveats is that when a keyboard is in use, it can often command half of a device’s display real estate, and in some instances, we’re forced to cease typing in order to review the content we’ve written or are replying to. Inconvenient indeed, but the author of the Minuum keyboard, which has a popular following on Android, has pledged its name to the long list of developers porting products over to iOS 8, and with it, confirmed that it will include a neat feature that will see the keyboard adjust in height.

Like all keyboards, you get that trademark QWERTY layout, but if you wish to save space, Minuum will squish everything down into a single row of keys, which are bunched together in blocks of three. From there, you type as normal, and the keyboard then guesses the word you’re typing using its auto-correct feature. Looking at the screenshot, it seems like a theoretically sound idea, but like all keyboards, the only way of judging is to try it first-hand. 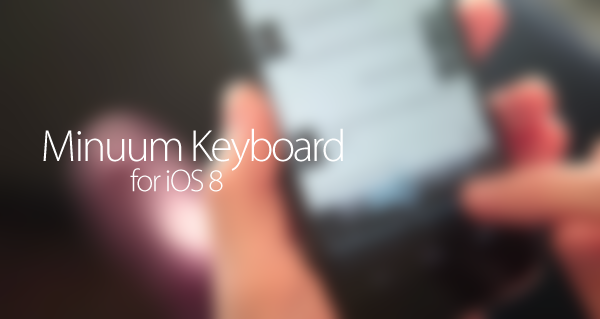 In the run-up to iOS 8’s announcement, it became apparent that Apple had a number of exciting new features lined up, but as somebody who uses iOS and Android on a frequent basis, I was personally delighted to see that the keyboard element had been opened up to third parties. Once you’ve used the likes of SwiftKey, Fleksy and others, going back to iOS is even more frustrating, and even though the Cupertino giant is set to introduce its own Swype-like effort to replace the current dysfunctional mess, users will surely be flocking to the established third-party offerings from these big-name companies. 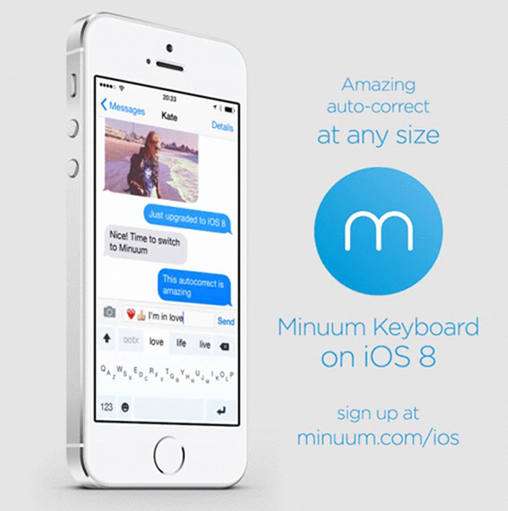 Minuum’s idea is very interesting, and like all good keyboards, it becomes accustomed to the way you write and sentences you type. Thus, if you’re regularly writing replies like “sorry, I cannot make it today,” after a while, you’ll only need to type the initial letter of the first word and the rest will be laid on a plate.

Minuum will be ready in time for iOS 8’s release, and we’ll have a hands-on comparison of each and every third-party keyboard around that time, so stay tuned!

If you want to sign-up for Minnum for iOS then simply point your browser to: minuum.com/ios