Earlier on today, Apple confirmed the news that the blogosphere had long since suspected – that the special iPhone 6 / iWatch event would indeed be held in 13 days’ time on September 9th. Wasting little time, preparations for the keynote are already well under way, and although the Cupertino company is doing its level best to keep everything under wraps, those in the know have already begun trying to piece together what’s in store.

It was only a couple of days ago that we learned via Re/Code that Apple would also be unleashing the enigmatic iWatch alongside the iPhone 6 next month, and so now, we’re doubly excited at the prospect of September 9th’s shenanigans. 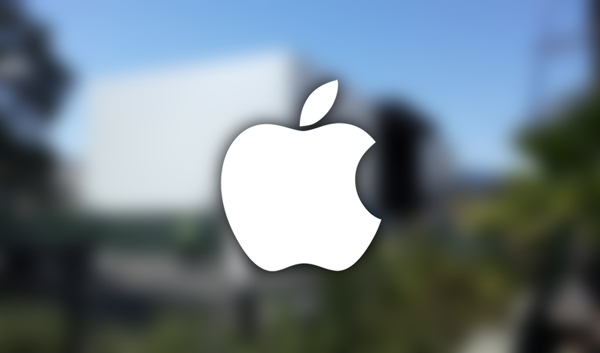 Although ordinarily, Apple holds the iPhone event at the Yerba Buena, this time around, the Flint Center of Performing Arts will play host to what may go down as an iconic moment in the company’s history.

A reader over at the MacRumors forums has detailed the erecting of a “massive structure on the campus” spanning three storeys. It has been kept out of view so as not to divulge any clues, but now the world knows where and when the event will be held, it’s likely that key tidbits of information will begin to trickle out over the next couple of weeks.

Apparently, there’s a security team guarding the fort and unsurprisingly, it’s remaining tight-lipped on what’s going on behind closed doors at this stage. 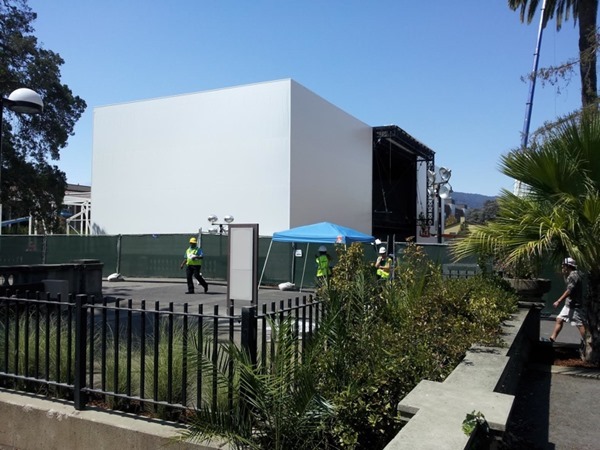 The fact that the Flint Center has been chosen throws up an interesting bit of trivia; it was at this same venue some three decades ago that Apple co-founder and former CEO Steve Jobs showcased the very first Mac, and notably, can house many more people than the Yerba Buena.

Apple has been hinting all year that 2014’s roadmap was of particular significance, and with a fortnight still to go, there’s a good chance that we’ll know much more by the time September 9th does arrive.

We know quite a bit about the iPhone 6 already, but as for the iWatch, we’ve only really learned that it may arrive in two sizes, pack a bunch of sensors, and be heavily integrated with HealthKit and HomeKit.

Stay tuned for more Apple-related coverage as it breaks here at Redmond Pie.