Apple’s WWDC 2014 keynote was as polarizing as ever, but for the very first time, we’re seeing significant parts of the ecosystem being opened up to third parties. Once iOS 8 gets its public release around September time, users will be able to head over to the App Store and download / install a new system-wide keyboard if they don’t like the stock offering, and Fleksy – one of the key players in this field – has just teased a snapshot of its iOS 8 port on Twitter.

Even though we’re not going to be able to try these keyboards out for a good few months, companies like Fleksy, along with Swype and SwiftKey, have all established strong followings through the Google Play Store, and with this being such a major expansion opportunity for each firm, there’s little chance that these iOS 8-tailored keyboards will be anything but awesome. 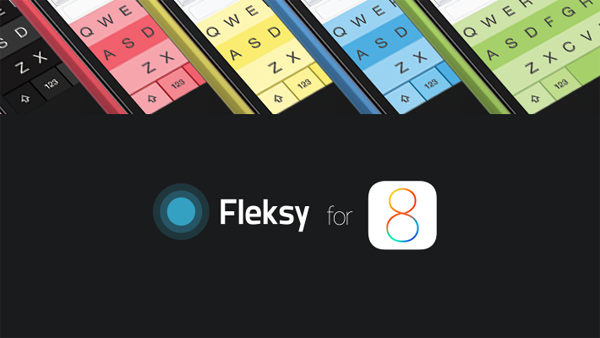 The guys at Fleksy have just whet the appetite of users by teasing the keyboard running on iOS 8 already, and with some time still to go before it rolls out to end users, it will surely be firing on all cylinders come prime time.

We’ve been dreaming about being a system-wide keyboard for years, and have watched every WWDC since we started with bated breath. Finally it’s all possible.

We’ve been impressed by the enhanced functionality not only of the Fleksy app on Android, but also the previous work that the company has done for accessibility and helping the blind community with its standalone Fleksy app on iOS, which has been around since back in 2012. 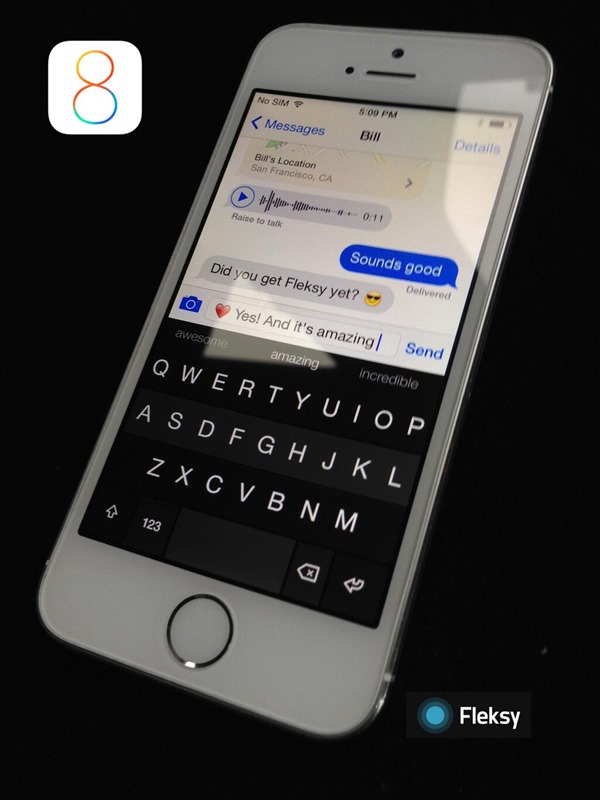 We sincerely hope that the company’s passion and expertise will pay dividends for iPhone, iPad and iPod touch users when iOS 8 finally drops in a few months’ time, and although it will face stiff opposition from the likes of Swype and SwiftKey – as well as Apple’s new native offering – we’re already very impressed by the development work being put in by the Fleksy team.

If you’re interested, you can sign-up for the Fleksy keyboard for iOS 8 beta right now, by pointing your browser to: fleksy.com/ios

When iOS 8 does emerge, which of the three big-name keyboard-creators will be taking your hard-earned cash? Will you favor Fleksy, SwiftKey or Swype?

Do, as ever, leave your comments below!