The public may not remember, but up until 2001 the major high streets around the world were missing one key component – Apple retail stores. It wasn’t until May 19th 2001 that the first two Apple retail stores opened in Virginia, changing the way the company did business by showcasing their own products in their own stores for the first time. Prior to the first store opening, Apple relied predominantly on electronics and big box computer stores to give their products a high street presence. 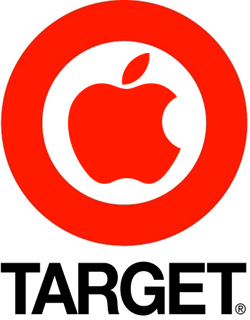 At the time, a number of critics questioned the company’s decision to enter into the retail market with their own stores, but with a declining share of the computer market, and poor marketing of their range of Macs the decision was made for them. One of the main characteristics we associate with the company is the need for control, and the opening of the retail stores allowed Apple to have total control over the way their products were marketed.

At last count, the Cupertino company had opened a total of 361 retail stores in various towns and cities across the globe bringing in an average of $4032 per square foot of retail estate which is an astonishing figure when compared with the likes of Best Buy who bring in an estimated $900 per square foot. Certain cities around the world don’t actually have an official Apple retail store, but benefit from official resellers which attempt to mimic the Apple experience. Other places actually have a mini Apple store built into an existing retailer, for example, Best Buy have a smaller Apple set up in some stores.

The American retailer, Target, has made an announcement that it will adding mini Apple stores in twenty five of its current retail operations. The addition of the baby Apple stores have come on the back of rumors circulating, which predicted this exact event to happen which has led the company to act quickly and confirm the speculation. It is worth noting that when the company mentions a mini retail Apple experience, they are not referring to a shop within a shop situation. The move will essentially give Apple products an extended allocation of floor space whilst still maintaining the Target shopping experience.

At the time of writing, the time scales for the roll out have yet to be confirmed, along with the actual location of the twenty five stores in question. Keep an eye out on the store near you as it could soon be an Apple playground.