Last week, we reported that Apple Stores were gearing up for a major revamp: either a new product, or as it later became clear, a upgrade to the store itself. Indeed, today stores are re-opening around the world with a major difference: information cards have been replaced with iPads, so users can look up information on a product on the fly. 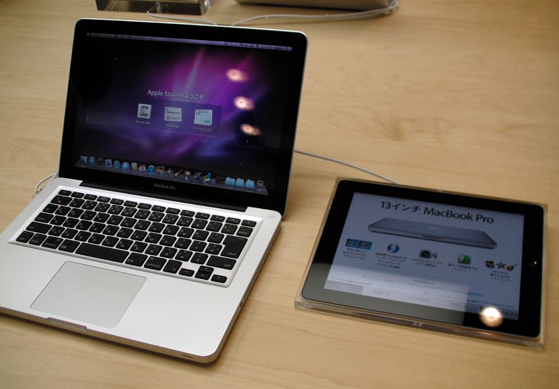 Information cards allowed customers to look at basic information on a specific product. iPads in their place serve the same purpose, except they now contain a lot more information, browsable and interactive. If customers need a specialist to answer their questions, they can request one right from the device as well, thanks to a custom “talk to a specialist” button. Aside from the convenience this will provide, personnel will now be able to focus on the really needy customers, instead of having to provide help to those with questions they could look up the answer for on their own. 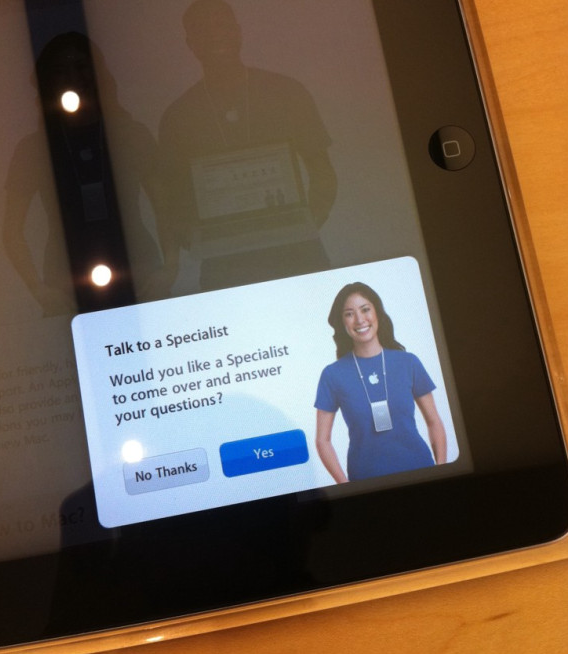 Apple is known for its excellent customer service. However, that wasn’t always the case: before Steve Jobs’ return in 1997, support had been cut back due to the company’s dire financial situation. One of Jobs’ greatest priorities was to improve customer service, and since then, support has steadily improved. Apple’s products are now consistently ranked #1 in customer satisfaction, in part due to excellent support provided at the stores. 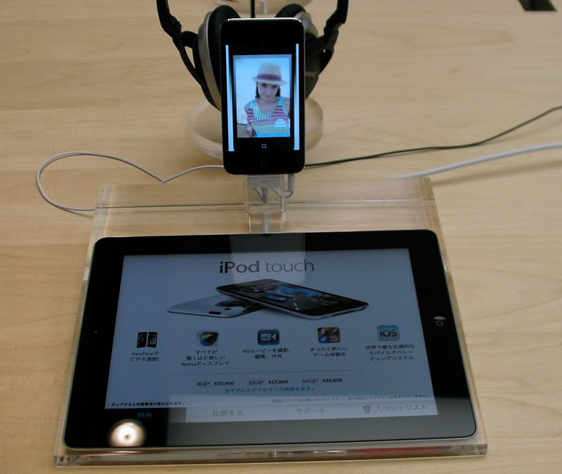 Apple’s success has been partly due to its strong but selective retail presence. With the launch of its own physical stores, the first of them all having opened in May 2001, almost exactly 10 years ago, in Tysons Corner, Virgina, the company began scaling back its presence on other third-party retailers. The move was partly to drive more traffic to the company’s own stores, as well as an attempt to have more control over the customer’s experience. At non-Apple-owned retailers, like Best Buy, Macs are usually placed in an “Apple Booth”, giving the brand a huge boost. iPods tend to have a lot of Apple branding around them as well.

As of the writing of this article, Apple operates 239 US-based stores, as well as several in other countries, mostly in the United Kingdom and Canada. Over the last couple of years, retail presence has been expanded in emerging markets, such as China, with the opening of the first Apple Store in Shanghai and four others, and 25 planned stores.