Microsoft Working On A Multi-Purpose Stylus For All Screen Types

Touch is a now the dominant method of input for mobile devices. Although touchscreen based devices have existed for a long time, they were popularized and made user friendly with the introduction of the iPhone in 2007 and iPad in 2010. In his original iPhone keynote, Steve Jobs categorically stated that if the device requires a stylus, you’re doing something wrong. And we tend to agree with him to some extent, emphasis on extent.

I don’t fully agree* with Steve Jobs on this point. Using a stylus does its advantages i.e. easy to write handwritten notes (text, diagrams, equations etc.) and much more precise control in some specific game types such as real time strategy games.

Smartphones like the Galaxy Note make good use of the stylus but it requires a touchscreen. Now Microsoft is working on a very special kind of stylus that works for any screen, yes, any screen. Check it out after the jump. 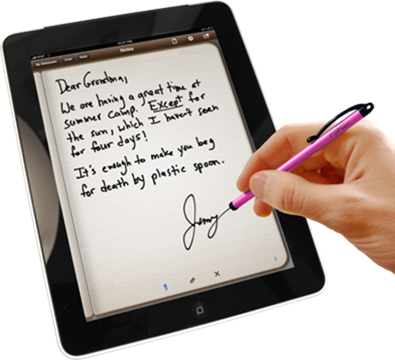 The stylus has a built-in camera that looks at the display and tracks the pixels that the user passes over. This information is sent to the computer connected to the display in a fashion similar to a wireless mouse.

The built-in camera requires a revolutionary image sensor of a 512 x 512 resolution. This is compared to the 30 x 30 resolution of good wireless mouse’s image sensor.

If it does make it into the market and it does do what is expected of it, that is precise input for taking personal notes, it is bound to be a success. Imagine using Metro style apps on your Windows 8 PC with a stylus like this, sounds fun doesn’t it?

It really is a shame how Microsoft canned their made-for-note-taking multi-touch Courier tablet.

For more technical information and quotes from the research team, read the original article on Technology Review. 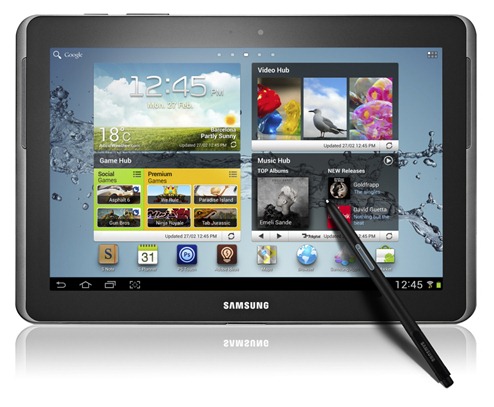 *It should be noted that Jobs was referring to Windows Mobile-style interfaces with small icons, buttons that required you to use a stylus, whereas the iPhone has a thumb / finger friendly user interface with its large icons and buttons.