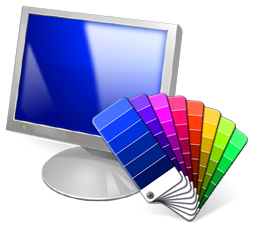 Justin Bieber is a Canadian singer and actor. He was discovered on YouTube back in 2008 and then, as they say, the rest is history.

Chances are, if you are a teenager, you’ve heard of this guy. His music is insanely popular among teens. But for every fan he has, there are at least a dozen haters.

Before you start judging me, let me make it very clear: I do not like Justin Bieber. But I don’t hate him for the sake of hating, I personally just do not like his music. I do know, however, that Justin has countless fans, or Beliebers, if you may.

Follow Justin Bieber on his inspirational journey from street performer in the small town of Stratford, Ontario, to Internet phenomenon and global superstar with images from his 3-D concert film in this free Windows 7 theme. 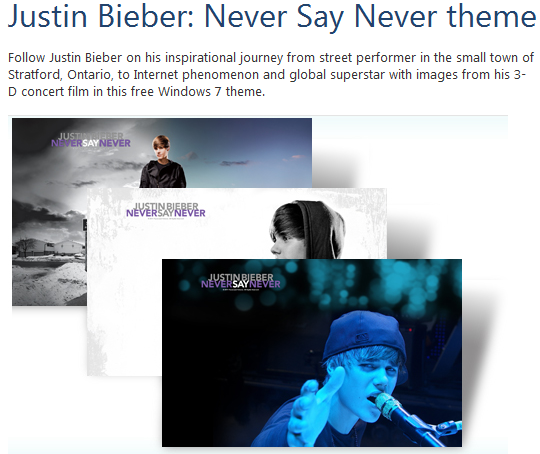 So if you’re a fan and are running Windows 7 on your PC, download the theme from the link below. Once it is downloaded, simply double-click on the file and it will be installed. (via WinRumors)