Fans of Minecraft will likely already be well aware that the Nintendo Switch version of the game received a big update today, bringing the new Bedrock Engine to the console, among other changes. One of those changes was to enable cross-platform play with PC, Xbox One, and smartphone players but as you might already have guessed, not the PS4.

Sony has already blocked cross-platform play for Fortnite and Rocket League and now Minecraft has joined that list of woe. 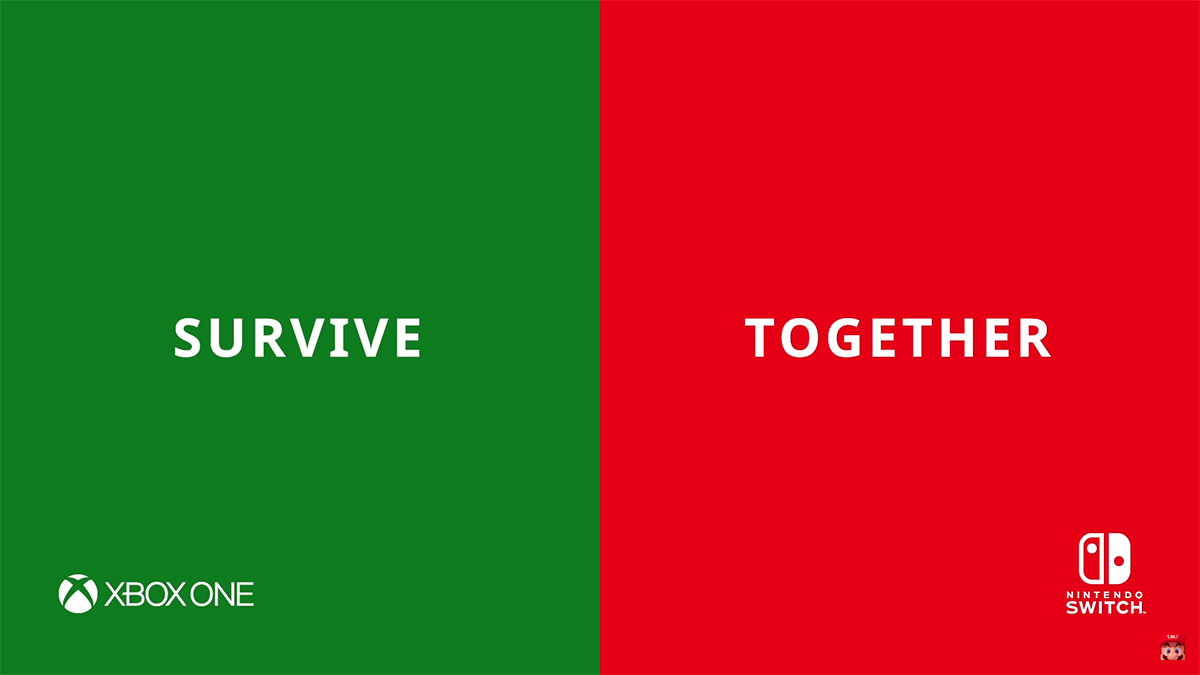 Somewhat predictably, both Nintendo and Microsoft are partnering in a new marketing campaign that highlights the new cross-play features.

With Microsoft and Nintendo now clearly working together, Sony will have to sit on the sidelines and that is most certainly a situation of its own making. New Minecraft cross-play trailers specifically highlight Xbox One and Nintendo Switch gamers being able to play together and is the first time that an Xbox One controller has shown up in a Nintendo ad. It’s a brave new world of compatibility, but not if you’re a Sony gamer.

This comes just days after Sony upset Fortnite players who found that they could not sign into their accounts in the Nintendo Switch version of the game if they had already used those accounts on the PS4. Sony has since issued a statement on the matter, which convinced nobody and now both Nintendo and Microsoft look set to work together to make the most of a situation that leaves Sony looking petty.

We somehow doubt that was the original plan when the decision to prevent cross-play was made!

The new version of Minecraft is available for the Nintendo Switch right now and is a free download for owners of the previous version, although it is technically a whole new release.