We’re only a few short hours away before the entire United States is gripped by the excitement and downright fear of Black Friday. 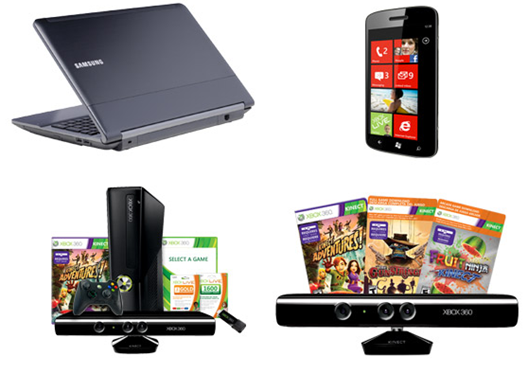 The day after Thanksgiving, Black Friday is the day when any major retailer and e-tailer worth its salt sets out to put itself out of business by offering huge discounts on its products.

What that actually usually amounts to is a few percent off some of the store’s slowest-selling lines, but it’s the thought that counts, right?

Microsoft’s increased presence on the high street as well as its online store mean that it is very much set for Black Friday’s madness, and if the company’s official Facebook page is anything to go by, some of the deals aren’t half bad! And they are available for consumption, now!

Started at 12:00AM on Friday 25th of November, Microsoft’s Black Friday sale covers its brick and mortar outlets as well as its online store, though some of the offers are restricted as to where they are available, so we suggest you check before buying.

Perhaps the most eye-catching offer is Microsoft’s ‘buy more, save more’ promotion, with shoppers potentially saving up to 25% on a new computer.

Gaming fans can pick up an Xbox Kinect accessory for $99.99, down from the usual $149.99. The package also includes Fruit Ninja, Gunstringer and Kinect Adventures.

There are plenty of games on offer, too, with some of our picks listed here. Be sure to check Microsoft’s Facebook page for the full list.

Microsoft’s Windows Phone are getting some love too, with handset deals mentioned but not elaborated upon, free handsets with two-year contracts will be available, but the Microsoft’s Facebook page does not confirm that but their website does (link at the bottom).

Some of the offers listed appear to be long-running ones, with some not ending until after the new year. We can’t stress enough how important it is to check the terms on these things due to strange ending times, with some offers ending at 6AM on Christmas day.

That said, there are some deals to be had, so head on over to your (probably not very) local Microsoft Store and fill your boots! Or simply head over to this link and start munching on the aforementioned deals and more.