We have already seen iPad installed in the cars, being used in restaurants as menu cards, and how some airlines are thinking about adopting it as an inflight entertainment system for its passengers in the skies. But how about a popular movie director using iPad to direct his upcoming movie? Sounds cool isn’t it?

Love him or hate him, Michael Bay is the director behind some of the most commercial hit movies of Hollywood. In the picture taken on the sets of Transformers 3, he is seen showing actor Patrick Dempsey how a scene is supposed to look in Transformers 3 using his iPad 3G. 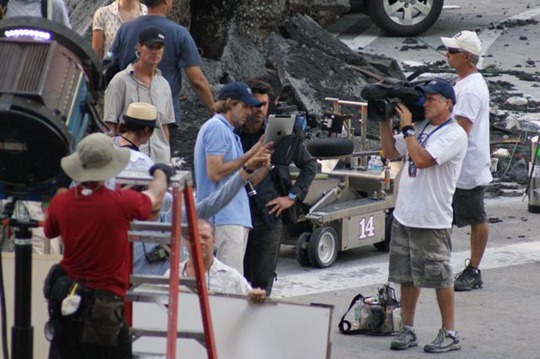 Make sure you check out our iPad Activity Center for all things Apple iPad. [via 9to5Mac]