Even Dogs Can Play Games on the iPad [Video]

We have already seen how easy it is for a two-year old kid to use an Apple iPad. We have also seen cats playing with the iPad. But this dog named Pixel has topped them all. He has not only shown how easy it is by playing Air Hockey on the iPad, but has also managed to win the match in the end. Video after the break. 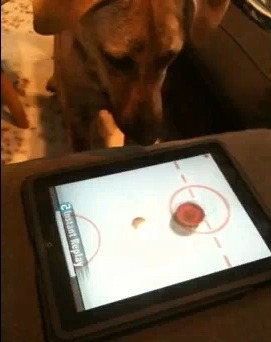 Apple has sold 2 million iPads (and counting) in 2 months for a reason isn’t it?

Make sure you check out our iPad Activity Center for all things Apple iPad. [via Engadget]