Google’s Maps service is about as popular as its search engine these days, and as well as the Web service, the Big G has made a concerted effort to improve navigation for mobile users. Those rocking an Android nearly always get the better end of the updates as far is Google is concerned, but in recognizing that iOS users are still an important demographic as far as reach is taken into account, the Android maker has just announced a rather sizeable update for those on iPhone and iPad as well as users running its own mobile OS.

Both of the apps – even the version found over at the App Store – will be subject to some bold aesthetic tweaks in line with Google’s new Material Design initiative with Android 5.0 Lollipop, and as you’ll see in the screenshots below, everything’s much cleaner and easier to process. 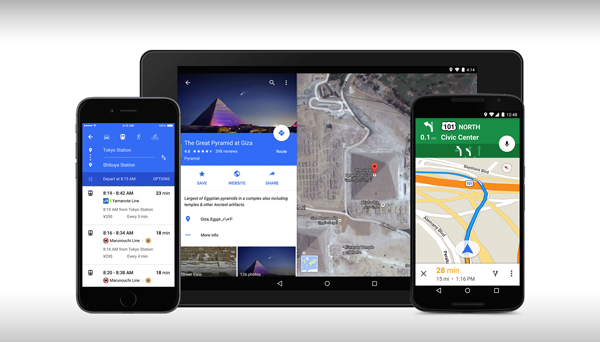 Google has never prioritized vanity over functionality, and so in spite of the welcome adjustments to the overall look of Maps, Material Design’s various quirks will also make the apps more enjoyable and comfortable to use. The layered design that early adopters of Lollipop have enjoyed is beginning to trickle out across Google’s entire app line-up, and Maps is just the latest confirmed recipient. 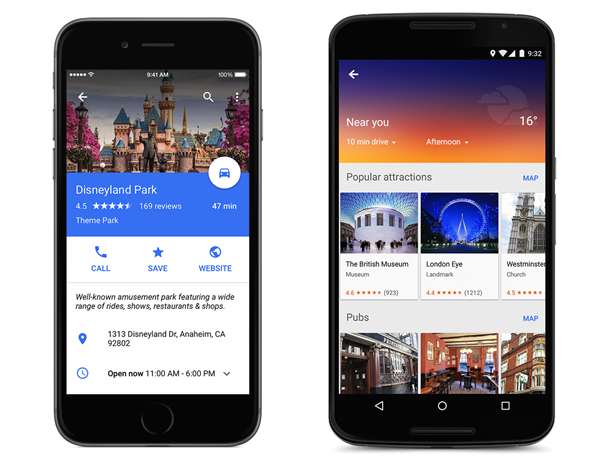 Also in the offing is integration with Uber, which is ideal if you’re frequently moving around from place to place. Uber has established itself as an affordable-yet-premium taxi service with many loyal customers over the past couple of years, and once this update has rolled out, Uber users will be able to check routes and fares for saved routes in Maps. 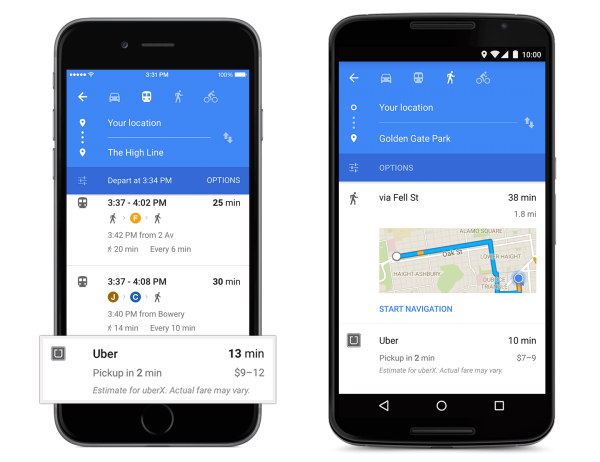 With OpenTable support also arriving for Maps users based in the United States, Stateside users will be able to book tables and make reservations without even having to exit the Maps app. 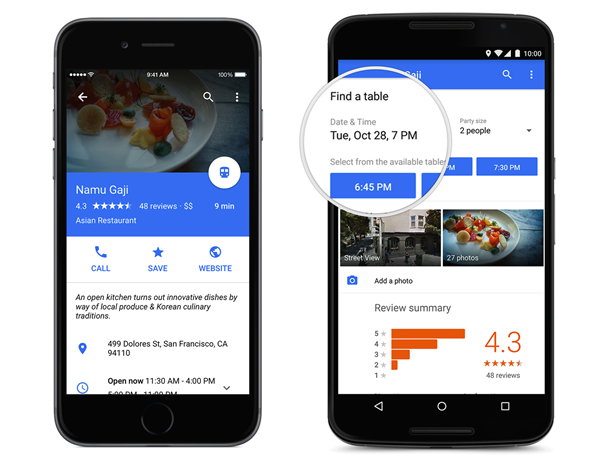 We’ve linked to the apps below, but while Google has announced these updates, they’re apparently still a couple of days from prime time. And also, the apps are absolutely free to download, so there’s no harm in taking them for a spin.