Apple Working On Glasses-Free 3D Display For Next iPhone [Report]

We’ve just seen the launch of the iPhone 6 and iPhone 6 Plus, but speculations and rumors have already started pouring in pertaining to the next generation of the smartphone. One such speculation claims that the 2015 model of the iPhone will feature a glassless 3D display, which would employ the true depth of field effects using just your naked eye.

The rumor comes courtesy of Taiwanese website Economic Daily News, and claims that Apple is working on a glasses-free 3D display technology in partnership with its touch-screen manufacturer TPK for the 2015 rev of the iPhone. The website also believes that Apple will focus on building a hardware and software ecosystem to support its venture into the 3D display arena.

The report claims that Apple is considering creating such a display that will allow true 3D visuals without using specialized glasses, which, honestly, would be necessary if the Cupertino tech firm aims to create anything practical and useful from the idea. My primary reason for this skepticism is simple; several other companies have ventured into the 3D display on a cell phone game resulting in massive failures, the most recent of which has been Amazon’s Fire Phone. Consumers historically have viewed these glasses-free 3D displays as mere gimmicks, and quite frankly, that’s all they have been for the most part.

Apple has, in the past, shown interest in exploring the 3D display tech quite earnestly. Almost 6 years back, the company filed for a patent on 3D stereoscopic displays, which different from current tech by relaying three-dimensional images employing user-tracking to deliver precise effects. Later, Apple filed for another patent concerning 3D Hyper Reality displays which changed the position of on-screen objects in response to user movement to deliver similar effect. We saw some form of it in the parallax effect that the company introduced on iPhone and iPad with iOS 7. 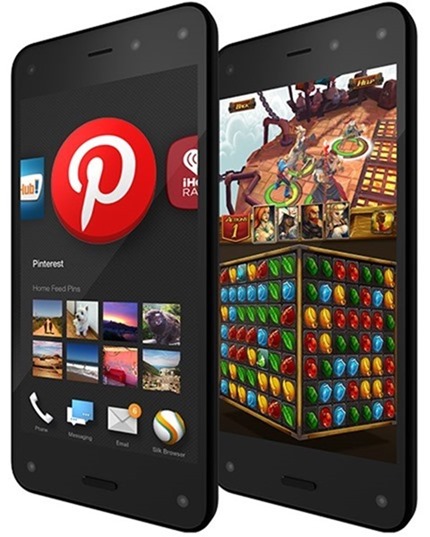 For now, this story is pure rumor and should be taken as such. From a practical perspective, it wouldn’t make sense for Apple to jump into a field where several others – including HTC, LG and Amazon – have failed miserably. Then again, Apple has had a knack for taking previously-failed technologies and reinventing them in a way that made them acceptable and appreciable (the touch-screen, fingerprint reader for mobile devices, tablets etc., are just a few examples). Maybe the tech company can turn the ship around for glasses-free 3D displays as well? We’ll see how this story develops.