This iPhone 4 and Magic Trackpad Like “Magic Remote” for the New Apple TV (iTV) Looks Surreal !

We are only a few days away now from Apple’s Special Media Event which is scheduled to be held on September 1, at Yerba Buena Center for the Arts and Theater in San Francisco. While the event more looks like being iPod-centric, rumor has it that Apple is very likely to introduce new Apple TV (dubbed as iTV) which will be based on iOS like the iPhone, iPad and iPod touch. 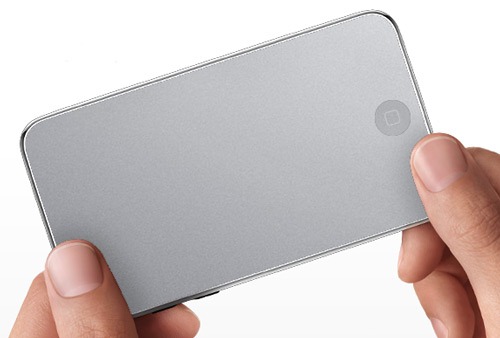 But since the next Apple TV cant really be a touchscreen device, there is this debate going on how really are we going to interact with this first non-touchscreen iOS based device. Can Apple’s current remote do the job? or do we need a new Magic Trackpad -esque remote which will have a iPhone like “Home” button to exit apps on the TV?

Seeing this, Dan Wineman has come with a conceptual “Magic Remote” for the upcoming Apple TV which in my opinion not only goes well with the current Apple hardware designs, but will also make perfect sense to control an operating system, which requires some sort of gesture support, than just mere hardware buttons.

Wineman explained the theory behind his concept on his blog, saying:

… you need some kind of controller to play a game, unless Apple is working on its own version of Kinect, which I doubt. An Apple Remote doesn’t really cut it, and while an iPhone or iPod touch would make a great game console controller, as has been pointed out, it’s unlikely that Apple would require one: no game publisher is going to invest in developing a game whose market is restricted to owners of two separately-purchased devices, and iTV sales would be hobbled from the start. At least one standard controller needs to be included in the box for the iTV to be a viable gaming platform, so that controller has to be relatively simple and inexpensive.

What if that simple, inexpensive controller is something like an iPhone without the screen?

… I’ve crudely Photoshopped this concept together. It’s the love child of an iPod touch and a Magic Trackpad. It has the same inertial and gyroscopic motion sensors as the iPhone 4, and the same multitouch surface we’re familiar with. A home button. Bluetooth. No screen.