Today may have, in the eyes of many, been all about the new iPad, but in actual fact, a small faction of Apple fans have been waiting a great deal longer for the Mac Pro. The revamped version has been some years in the waiting, and after being partially unveiled at this year’s WWDC, Apple has finally showcased the new machine. Inherently powerful, it packs in some of the most up-to-date hardware currently available, and you can catch all of the key details right after the break!

We already had a solid idea regarding some of the key specs, but with Apple having today presented us with details on price and availability, prospective owners of the machine can now begin making provisions for their purchase. 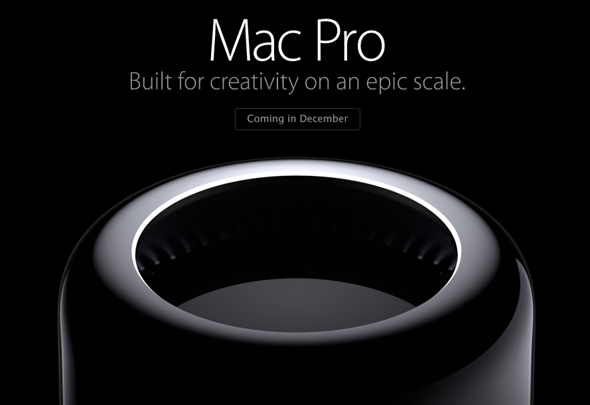 The Mac Pro arrives with a 3.7GHz quad-core Xeon CPU, with turbo boost speeds up to 3.9GHz. There’s also 12GB of DRAM thrown in to the standard model, so for those looking for a strong, Mac-based computer from which to complete intensive tasks, the new Mac Pro would seem the perfect suitor. If you’re happy to pony up considerably more, your Mac Pro could boast up to 64GB of DRAM, while there’s also the option of a 3.5GHz, 6-core Intel Xeon E5 processor with Turbo Boost speeds up to 3.9GHz. 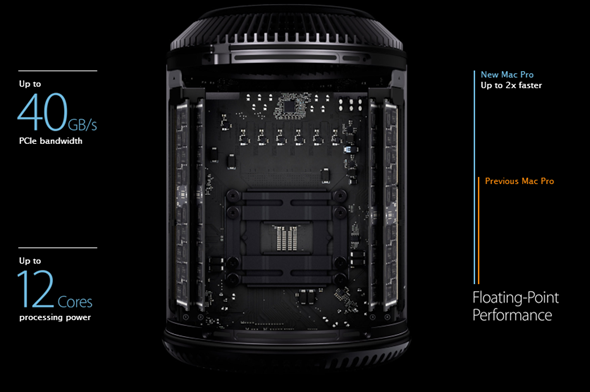 In terms of graphics, the base model of the Mac Pro offers a two AMD FirePro D300 GPUs. After such a long wait for a new model, Apple certainly isn’t messing around, and although the cylindrical design my still continue to divide opinion — no less, since it actually forgoes a certain upgrade-ability — those looking for optimal graphics performance will certainly get that from the Mac Pro 2013.

In the more expensive Mac Pro, you’ll get dual AMD FirePro D500 GPUs with 3GB of VRAM each, although this model starts at $4000 — more than a slight bump on the $2999 asking price of the base model.

The Mac Pro offers 256GB of flash storage as standard, although can be upgraded all the way to 1TB if you’re willing to pay the money.

As aforementioned, the base model will cost $2999, while the upgraded version will begin retailing for $3999 when it launches later on this year.

Being, as Apple puts it, as quiet as a Mac mini, it’s being touted as a computer to see users through the next decade. Even though it does boast immense power, this is quite a statement, but with the Mac Pro also having been assembled in the United States — the first Apple product to do so in many a year — even the skeptics may struggle to resist this ambitious effort.