Mac mini RAM Is User-Replaceable, 1TB iPad Pro Has 6GB RAM, All Others Have 4GB

Apple’s big October event is over, and we can finally start to wind down after what has been two of the busiest months in technology for a long, long time. Today say new notebooks, new tablets, and even new desktop Macs and as always, there are plenty of questions to be answered about all of the new things that were shown off on-stage today. Oddly, two of the biggest questions relate to the Mac mini and iPad Pro with regards to how their memory configuration works.

Starting off with the Mac mini, we know that Apple said on-stage that the refreshed computer is now capable of housing up to 64GB of RAM, which is great. Those really paying attention will also have noticed that the presentation said that the memory in-use takes advantage of SODIMMs, which might not mean anything to a lot of people. 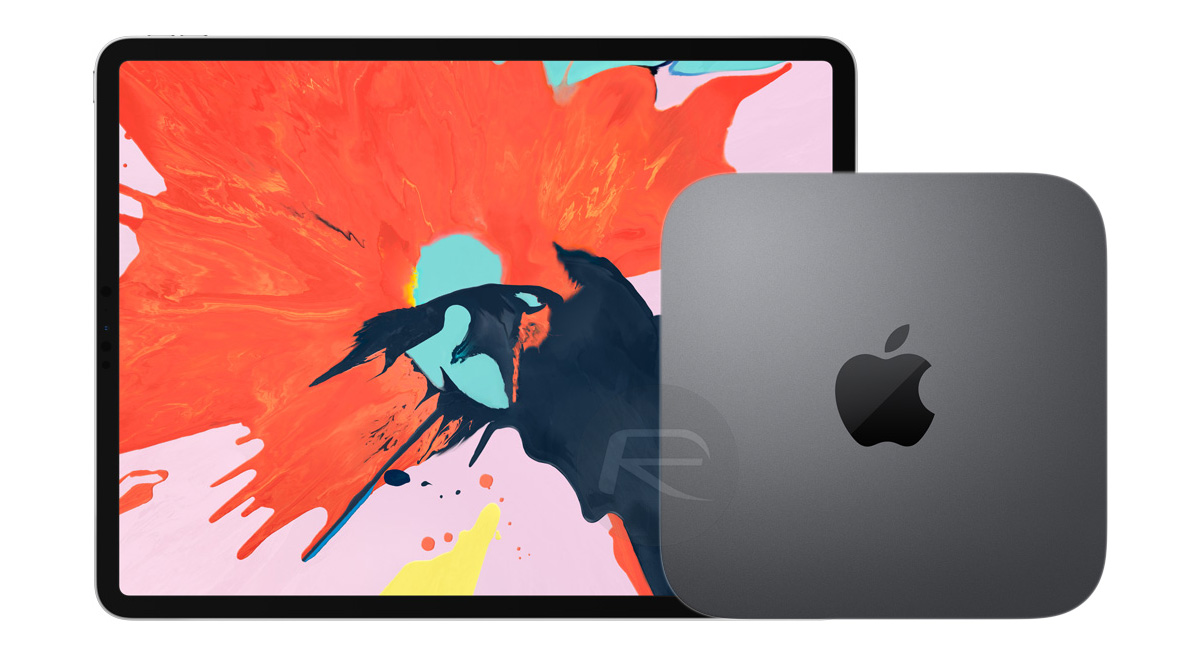 The good news here is that SODIMMs are standard memory chips that go into PCs the world over. That means that any SODIMM with the correct speed rating – 2666Mhz, in case you were wondering – should work just fine. That also means that we can add memory to these Mac minis ourselves, something that iMore‘s Rene Ritchie confirmed in the hands-on area after the event.

Moving on to the iPad Pro, tinkerer Steve Troughton-Smith noted on Twitter that the new iPad Pro may actually have 6GB of memory built in. That came from what Xcode reported during his testing, but he later corrected himself to note that not all iPad Pros will have 6GB of memory, but rather just some. Can you guess which?

That’s right, for some unknown reason, Apple decided to give the 1TB versions of the iPad Pro an extra 2GB of memory, upping them from the standard 4GB to 6GB. It’s not clear why that decision was made, but we wonder whether this is to make the tablets handle apps like Adobe’s Photoshop when huge images are involved. The assumption here may be that those who are using an iPad Pro professionally would also buy the highest capacity model, although we’re not sure that logic actually rings true.

What we do know is this – the Mac mini’s memory is user replaceable, which is good, and the iPad Pro will come with 6GB of RAM but only in the 1TB model, which is both good and bad. So there we are. 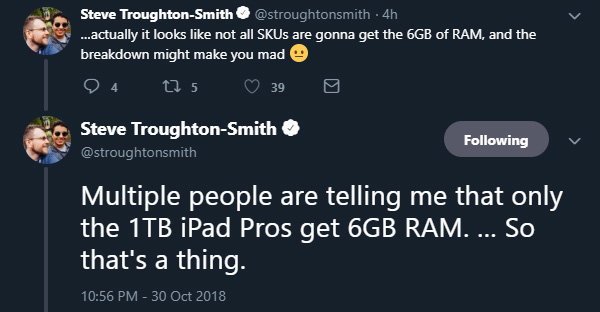