Web-based service called LiveRevoke instantly lets iOS device owners check the signing status of popular app installers that they have on their device in real-time.

For any non-jailbroken device owners who regularly sideload apps and experiences onto their device, this LiveRevoke solution is an invaluable and immediate source of information. 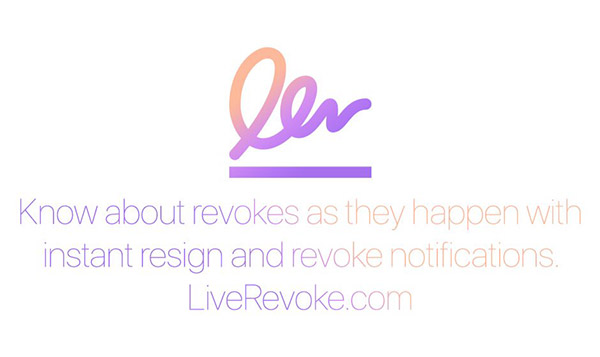 It really doesn’t feel like that long ago that device owners would only install apps offered directly through the official iOS App Store. If they wanted any additional experiences, then they would need to jailbreak the device and see what was on offer through repositories in Cydia. However, now that we have additional installers in play, and that it’s now possible to easily and almost instantly sideload apps onto Apple’s devices using Xcode or Cydia Impactor, it’s always handy to instantly be able to see if an app is still signed or if it has been revoked.

That’s where LiveRevoke comes into play. The easy-to-use service essentially allows you to see if one of the popular installer apps such as AppVallery, Cyrus Installer, TuTu, and many others are still being signed or not. The interface is extremely simple and clutter-free, and you can dive right in and see the current status of each individual installer. The information also lets you know when its status was last checked by the system so you know if you are dealing with up-to-date information or not. 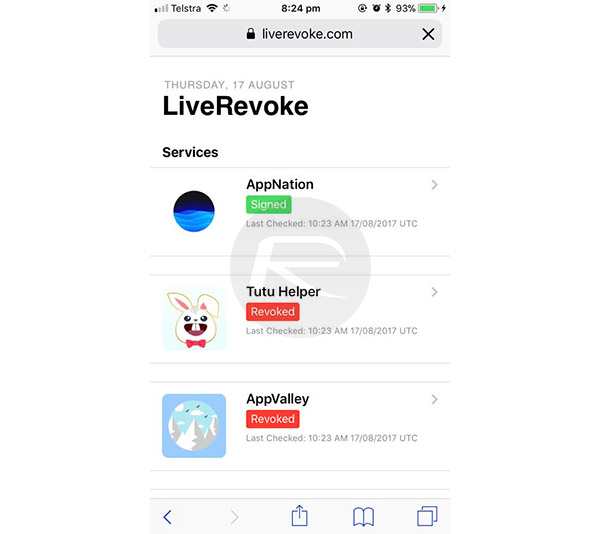 You get the feeling that this is really only the beginning of the LiveRevoke experience, with the platform being perfectly primed for expansion and to include additional installer services and apps. It’s definitely an interesting time to be involved in this space. As previously mentioned, the only real route to getting an app on an iOS device was to go through the official iOS App Store, or, worst case, to actually be on a version of iOS that had a working jailbreak and to get new installations through Cydia. This relatively new way of sideloading applications and installers means that enterprise developers are now exploring ways of putting together additional services that will appeal to those who want to run modified apps.

You can head right on over to liverevoke.com to use the service.