Whether it’s going to be called the Nexus 5 or some other Nexus-related designation, at this point there is little doubt that LG is indeed going to be behind Google’s next Nexus device.  With Apple releasing its iPhone 5s and iPhone 5c in a few short days, the latest Nexus leak comes at just the right time for Google, with the more cynical amongst us wondering whether it’s one of those leaks that isn’t entirely accidental.

Leaks surrounding the new LG Nexus device are becoming a regular occurrence at the moment. We’ve already seen the device run by the FCC, and it’s even shown up in one of Google’s own Android 4.4. KitKat promotional videos – at least we think it has! The latest leak shows the device in both still photo and video form, and has distinctly Apple-like feel.

See, the story goes that a Nexus 5 – let’s just call it that for now – was left charging in a bar. Unattended. In public.

Of course, this meant that one of the bar’s employees got hold of it and took some photos as well as a couple of very short videos. Both show the device running some form of Android, and the hardware sports a ‘not for sale’ etching on the back, making it particularly likely that this is indeed a pre-release model of something very new. There’s an LG logo, and a big Nexus one too. There’s the big camera module that we think gave the Nexus 5 away in Google’s KitKat video as well, which all points towards this being the real deal. 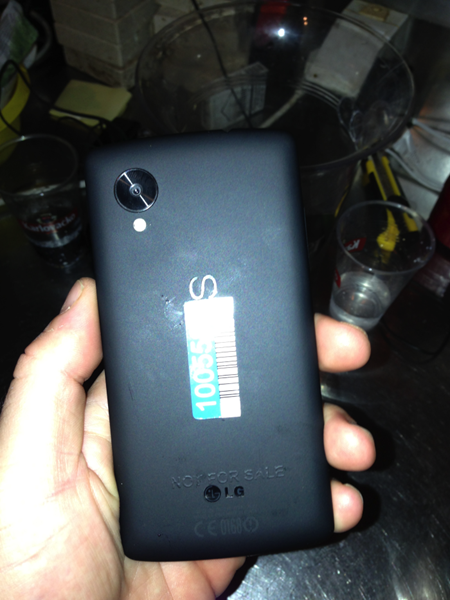 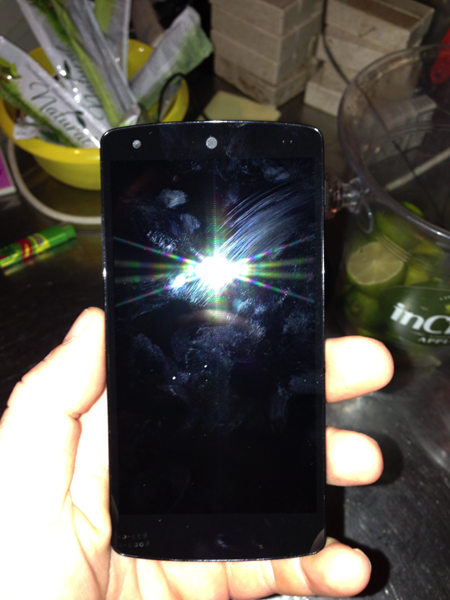 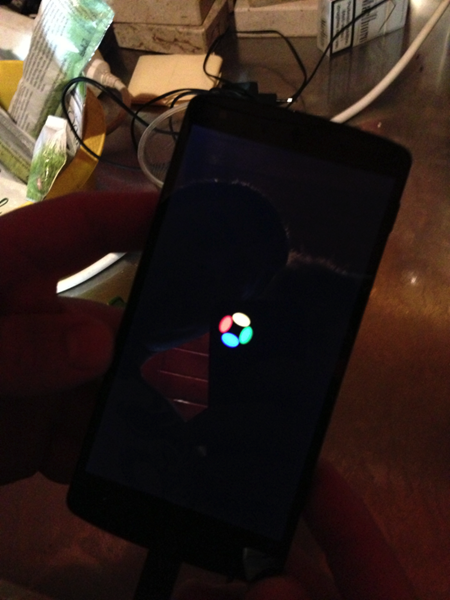 Our only concern is the story itself. Apple famously lost an iPhone 4 in a bar, which kind of answers this next question for us; would anyone really be so daft as to leave a pre-release, unannounced handset in a bar unattended? Really, really?

Assuming they did, then this could well be the next Nexus smartphone from Google / LG. If that’s true, then it looks like it’s going to be exactly what we thought it was, and that’s not really a bad thing at all. Check out the short video clips below of the device being manhandled: