Although Apple currently have their hands full for the next few days as they roll out the public release of iOS 7, it seems that they still have the manpower to make some important changes to how application distribution works with the App Store. The much anticipated iOS 7 will go live tomorrow with literally millions of devices all hitting Apple’s servers to get the biggest change to the OS yet, but behind-the-scenes they have made some changes to the App Store that will allow users to download legacy version of the apps compatible with older firmware running on the device

Not a great deal of information is known about the thought process behind the decision at the moment, but it’s certainly likely to be a popular move as users watch their favorite applications go through radical iOS 7-esque changes. Those who simply don’t wish to go through the firmware update process would effectively still be able to download a version of an application – albeit an old one – if there was an older revision that supported the currently used software. 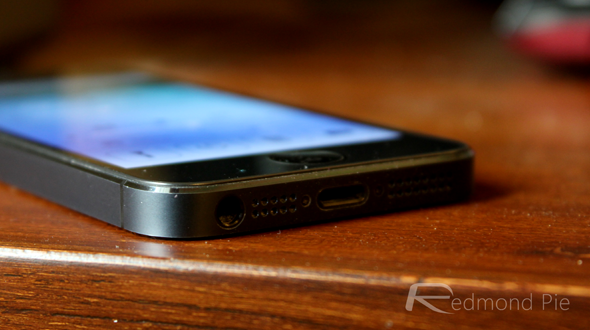 Since Apple hasn’t made this latest change official, it was left to a post on Reddit to bring this information to our attention. It remains to be seen as to whether or not this is something that Apple is planning on testing over the coming weeks to gauge its effectiveness, or if the decision is final and will form a permanent feature of the App Store going forward. Judging by the image posted to Reddit of the new feature in action, it looks like iOS will throw up a standard user facing alert to let the consumer know that the current version of the app isn’t compatible with their firmware, but that an older version is available. 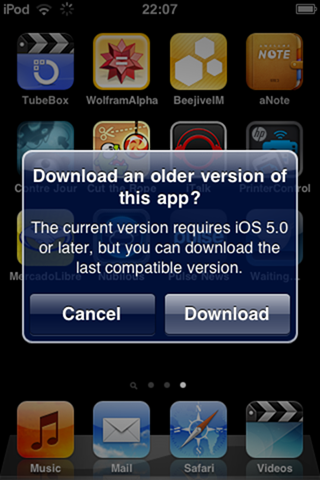 The user will then have the option to either cancel the transaction or download the last compatible version with the knowledge that they won’t be using the exact app that is highlighted through the iTunes metadata. It will be extremely interesting to find out exactly what percentage of the iOS user base would actually benefit from this feature. New releases of iOS have historically had a very impressive adoption rate, something that is likely to continue with iOS 7.