Apple’s two new iPhone models may not be in the hands of consumers just yet but the Cupertino based company have already ramped up their advertising campaign. After introducing the iPhone 5c and iPhone 5s at a dedicated event last week, the company has now released a new video ad that focuses on the main talking point of the lower priced 5c – the plastic shell.

The video has been given the title "Plastic Perfected" and follows the regular 30-second length pattern that we are now so used to with Apple ad campaigns. As part of last weeks event, Jony Ive was noted as saying that the iPhone 5c was "beautifully, unapologetically plastic" and this new ad seems to suggest that Apple will continue to play on that fact as part of their push to get it into the hands of as many customers as possible. 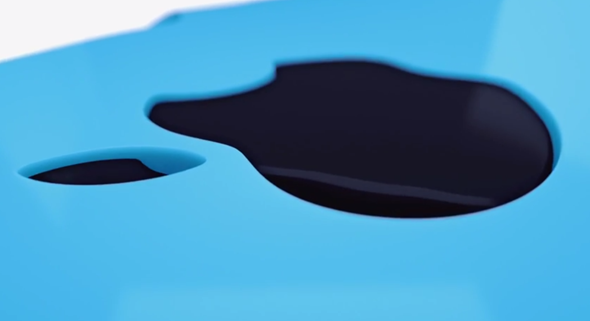 Apple’s iPhone advertisements are always notable not just for their visual appearance but also for the usual inclusion of a catchy background song that gets us invested in the message. This time around the company have used a Sleigh Bells tune called Rill Rill, and as always it fits perfectly. As for the content of the video, well, the whole 30-seconds is pretty much taken up by melted down plastic liquid forming and changing into the shell of the new iPhone with different important components sliding into the various device apertures.

The iPhone 5c is a definitive step away from the usual one device that Apple launches each year. It makes perfect sense for the company to gather some advertisement traction with consistency and this latest advertisement remains very similar to the promotional material that we have already seen for the new colored iPhone. Consumers interested in the device have been able to put through pre-orders for the handset for five days now. Apple is currently showing iPhone 5c stock shortages in some regions although minimum term contract devices are still available.

With a release date of this Friday all set, Apple will be hoping that this latest, and any future, advertising videos will drum up some awareness and interest in the device. Considering they have discontinued iPhone 5, it should certainly appeal to those who want in on the iPhone action but without the premium 5s price.