Let’s Talk About The PlayStation 4

Well well well, it seems that all the rumors and general consensus were indeed true – Sony has been working on the PlayStation 4 for the last five years according to Lead system architect Mark Cerny. That’s probably round two years after they realized the PS3 wasn’t going to cut it, then.

Actually, that may be a little unfair. Not a lot, but perhaps just a little. After all, the PlayStation 3 has sold since its introduction all those years ago. Not sold brilliantly, it has to be said, and certainly not to PlayStation standards, but sold nevertheless.

The real question on everybody’s lips now though is a simple one: will the PS4 signal a return to form for a company that was once the main player in the home console market. A player that was streets ahead of the Microsoft and Nintendos of this world. Can the PS4 rebuild some faith in the PlayStation brand following lackluster Vita sales? Well, we’ll have to wait and see.

What we can do right now though is offer some opinions. Some informed, some possibly more from the heart than the head, but opinions regardless. If there’s one thing I have plenty of, it’s opinions, and apparently I’m to share them with you today. So, here goes.

The PlayStation 4 will sell.

Need more? Well, if I must.

When all is said and done, PlayStations will always find a place in the market. Nintendo consoles appear to have found a niche and the Japanese company is doing its best to flog that particular market to death with the Wii U. Sony’s customers will always want something a little more hardcore, for want of a better word, and Wii U just won’t cut it.

That leaves Microsoft as the only viable competition, and until we see what the next Xbox has up its sleeve, we’re all in the dark. I personally expect Microsoft to bring its ‘A’ game this time around, building on the solid base it built around the Xbox 360 and Xbox Live. Sony will do well to get out ahead when it can, which brings us to the PS4 announcement.

So, 24 hours after the event at which Sony’s heads announced the PlayStation 4, some of the dust is settling and some of the initial responses are now beginning to settle a little. As always, there are two distinct camps with some believing this is the end of Sony as we know it, and others thinking that the PS4 is already the 2nd coming (or is that fourth?) even though we’ve still not actually seen one.

Wait, we’ve not seen one? Well, no. Sony itself admits that the specifications and even cosmetic design of the PlayStation 4 are currently up in the air, and it is clear that things are still being ironed out behind the scenes in Tokyo. That hasn’t stopped a PlayStation 4 release date of holidays 2013 being banded around, and we’ll presumably see more come E3 time. Until then, we’ll just have to take it at face value that this thing actually exists somewhere other than the imaginations of some middle aged men.

What we do know though, is enough to make me a little excited for what is to come. The new DualShock 4 gamepad looks like it has just enough of the old infused with the new in order to work, and I’m intrigued to see where things go with that touchpad. It may be nothing, or it may be the best thing to reach a touchpad since the 2nd analogue stick. I’ll reserve judgment until I see what the software does with it. 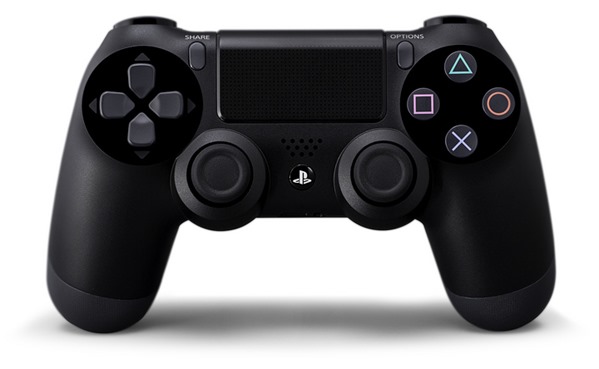 There’s some interesting social talk going on too, with sharing of screens, photos and the like to Facebook and other services. Again, how often such a thing will be used remains to be seen, but it’s an interesting idea either way. The multitasking features which allow games to be suspended sound awesome too, so that’s nice. Streaming of game demos rather than having to download them is also something that is long overdue – downloading a multi gigabyte demo only to delete it again in ten minutes is no fun for anyone.

At this point, there just isn’t enough information to really form a proper opinion of where the PlayStation 4 is headed. What there is though, is enough information to at least suggest that Sony is on the right track. Everything depends on how Microsoft hits back with the new Xbox, and hit back it surely will. Built around streaming media and set to be the center of our digital lives, the new Xbox will potentially be more of a media hub than a gaming machine, and that may well be enough to push some towards Sony’s alternative. Even that is guesswork right now, and until someone puts foot to stage in an Xbox logo’d shirt, I shall very much reserve judgement.

Just as I will about the PS4, too.