Interest in the next-generation iPhone died down a little when Apple’s WWDC 2016 event was in full swing. After all, iOS device owners had iOS 10 to talk and wax lyrical about. We are now post-WWDC, and once again we are seeing leaks filter into the public domain that allegedly provide us with additional insight into the iPhone 7 design patterns. 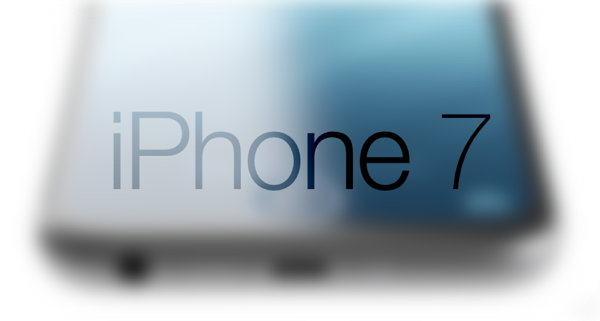 We’ve already had the pleasure of focusing our attention on the alleged first design for next iPhone, which showed a larger rear camera aperture on the 4.7-inch model, while the 5.5-inch iPhone 7 Plus shell introduced a pill-shaped opening designed for a dual-lens camera system. Of course both images also show us the redesigned antenna bands located at the top and bottom.

The new images which focus solely on the 4.7-inch iPhone 7 immediately show us two things that have been the center of attention for a number of months now. First of all, the rear shell has cut-outs at the bottom for what would appear to be a dual-speaker system for stern audio.

A number of reports have previously hinted at this as a possibility, but this is one of the first instances of actually seeing it put into potential reality in a shell of this nature. Keen-eyed individuals will instantly pick up on point number two; the non-existence of a 3.5mm headphone jack for audio inputs. 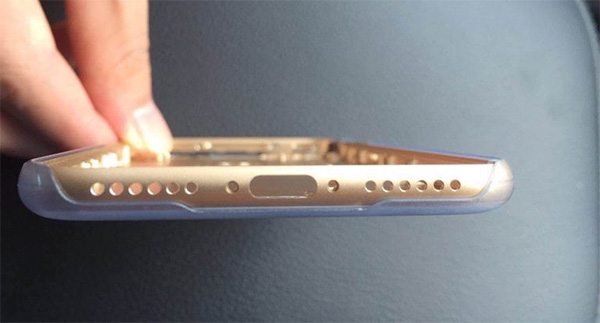 Instead of showing off the standard 3.5mm headphone jack, the shell comes equipped with the two aforementioned speaker grilles laid out at either side of the familiar-looking Lightning port. If true, this would suggest that Apple is intending to use Lightning for audio, and will likely ship a Lightning to 3.5mm audio adapter with the iPhone 7.

Lastly, we also get another closer look at the camera cutout on the rear shell of the phone, which corroborates earlier reports regarding the arrival of larger camera sensor on the 4.7-inch iPhone 7 model for improved photography experience. 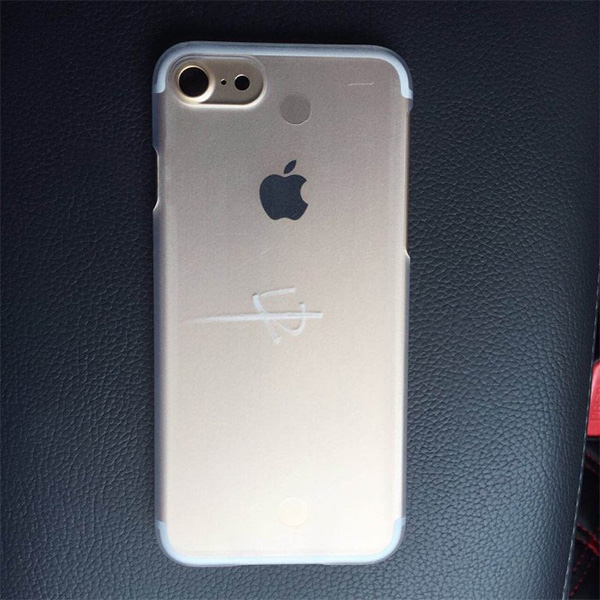 Today’s images may not instantly provide us with any new ammunition that hasn’t already been put forward as a potential iPhone 7/iPhone 7 Plus feature, but it does somewhat corroborate a number of the rumors that we’ve been privy to in the past. Would an iPhone 7 with an improved camera experience, stereo audio and Lightning-enabled audio cut it for you?