Popular Rhythm-Based Platformer ‘Give It Up! 2’ Is Apple’s Free App Of The Week [$1 Value]

It’s time for Apple’s Free App of the Week again for iPhone and iPad. The offering this time around blends the best of music and a fast action packed game all in one, usually retailing for $0.99 on the App Store. However, till this upcoming Thursday, it can be downloaded for absolutely free.

Called Give It Up! 2, this title has never actually shed its price tag completely since it was originally released back in October of 2015, so this would be a first. The game is a successor to the original Give It Up! game which was quite a hit with iOS gamers, and as such amps up the fun even further than the original in this second iteration. 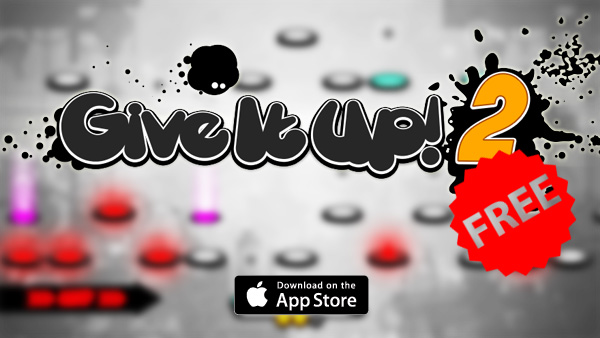 The game is a 2D platformer in essence with the pace set by the music rhythm as you time that perfect tap to help your blob jump from one platform to another. Well, if it was just this to the game, it would be super boring, so you’re faced with plenty of annoying hurdles along the way such as spikes that you can land onto if you didn’t time your jump right, or stairs that you can smash into.

The sound effects and music makes sure that you feel really involved in all level of progression in the game with the beat setting in with a rhythm as the blob moves forward; slowly in the first few levels but the pace increases a lot in the later levels as you progress, and as you must’ve already guesses, so does the music.

To be honest, Give It Up! 2 isn’t the easiest game to tackle, let alone master, unless you spend quite a lot of time on it. It’s the kind of platformer that will keep you coming back again and again, and the sound effects plus music plays a big part in that lure as the music dynamically changes as the level progresses. 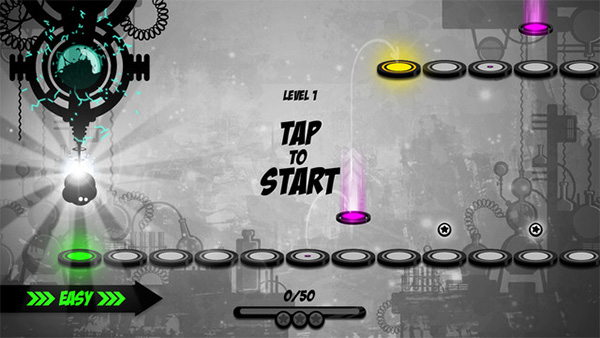 -One-tap gameplay, numerous challenges
-Difficulty varies: practice a lot and level up!
-27 exciting stages: proceed in an order of your choice.
-Tap to the rhythm of the music and jump across the platforms!
-Watch out for spikes, steps and other obstacles!
-Discover hidden stages!
-Jump like a pro: accomplish 3 starts on every stage!

(Download: Give It Up! 2 for iPhone and iPad from the App Store)