The global smartphone industry moves so rapidly that if you actually dare to blink, then you may miss something crucially important. South Korea-based Samsung barely introduced the Galaxy S8 and S8+, but already attention is turning to the company’s next flagship smartphone, which will likely be the Galaxy Note 8, the follow up to the infamous exploding phablet.

To fuel that interest, a new image has emerged on Slashleaks, showing what could potentially be that very device.

There’s been a lot of excitement recently surrounding Samsung. Some individuals feel that the company has responded extremely well to the terrible Galaxy Note 7 situation, which has also been backed up with the announcement of Galaxy S8 and S8+, both of which appear to have gone down a storm with the Android-loving public.

However, such is the pace of the consumer tech world that consumers don’t even have the S8 range in their hands yet and attention is already being placed onto the next-generation Note hardware, and let’s face it, it can’t be any worse than its predecessor.

One of the interesting things about the leak of this image is that it literally comes exactly as you can see it, which means there are no associated specifications, or additional product information about pricing or when the device might actually see the light of day. Anyone with their eyes open can also see that it looks fairly identical to the previously announced Galaxy S8, albeit a bigger version. Not that it is necessarily a bad thing considering how well received the device has been. However, the lack of information, and the sudden nature of the leak, would seem to suggest that we should take this with some trepidation. 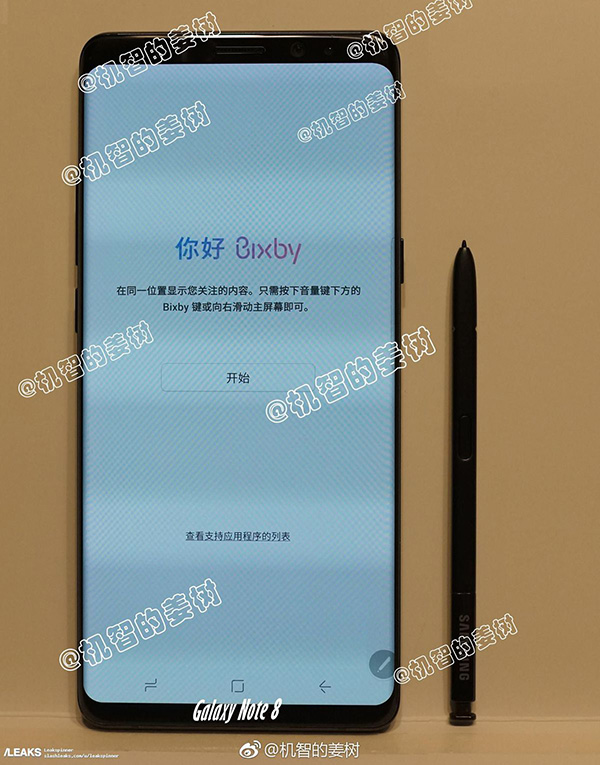 Where the Galaxy Note 8 is concerned, previous information has suggested that we will be in line for a 6.4-inch device with a Super AMOLED display, complete with a Snapdragon 835 or Exynos 9000 processor, 6GB of RAM and a storage capacity of up to 256GB – all with S Pen support, of course.

As we’ve said, there’s no real way of verifying whether this image is real or not, so it is literally a waiting game to see if more images or component leaks occur.