Whilst we anticipate Apple to announce the new iPhone line-up sometime in September, it is firmly believed that the launch of the product will be sometime in early October, with not one, but two new iPhones.

Keeping up with the rumors and leaks is certainly an ongoing battle, and in the latest, the guys over at Engadget have stumbled across yet more of the “N94” prototypes that have been doing the rounds over the weekend. Besides a dot alongside the sensor location above the earpiece, the prototype looks pretty much identical to the iPhone 4, which sheds even more light on the entry-level iPhone which has been reported on many times in recent weeks. 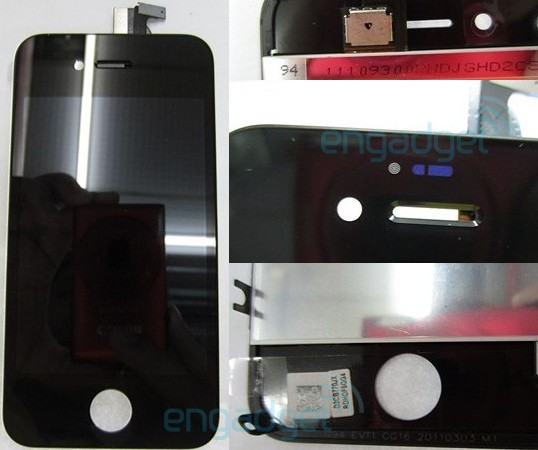 The device, which has been dubbed the iPhone 4S, has been purported as a potential springboard for the promotion of iCloud, which was announced by former CEO Steve Jobs at WWDC ’11. The service, which aims to keep all account-linked iDevices syncing in perfect harmony with each other as well as giving users additional cloud space, will certainly restore some confidence in Apple’s web and internet ventures if the excitement displayed by Jobs when announcing is warranted with the final product.

Although ardent iPhone heads will, money permitting, almost certainly go for the iPhone 5, the mass market of casual users and teens are very likely to grab a less-featured iPhone with a reasonable amount of space (presumably 8GB), which will cater to all calling, texting, music, video, and time-passing needs. The reason that the iPod touch has continued to be successful despite lagging behind its smartphone counterpart in terms of features is because such users can get, to a degree, the iPhone experience minus the hefty price tag and the phone part of course. Apple will be hoping that by giving such markets the ability to call and text for their money, on T-Mobile and Sprint as well as Verizon and AT&T, they can subsequently convert a great deal more consumers to the iPhone way of thinking.

With the Cupertino company making preparations here, there and everywhere in anticipation of the launch, more and more people are gaining access to leaks and information regarding the final product. Here at Redmond Pie, we’ve pretty much covered the good, the bad and the downright ugly in terms of purported iPhone 5 designs, ideas, and leaks, and this will most certainly not be the last as we countdown to the official announcement, so stay tuned!