Just yesterday, it became known that the iPhone 5 could be heading to Sprint, only leaving T-Mobile as the only major US carrier not to carry the iPhone. According to a source, however, T-Mobile might also be getting the iPhone 5 sooner than later, making the handset to be available on every carrier in the United States. 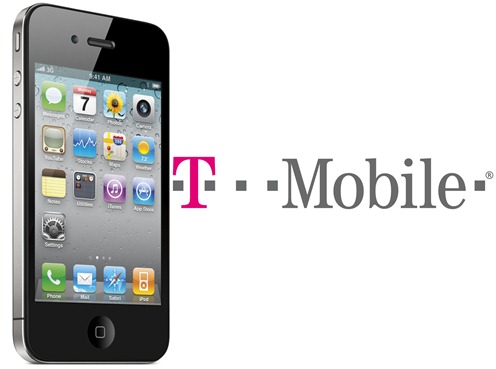 This report comes from an anonymous source inside T-Mobile, and as with any report coming from unidentified sources, it should be taken with a grain of salt. Much like what is rumored to be the case with Sprint, the iPhone 5 would arrive on the network sometime in mid-October, and strongly benefit the carrier financially by bringing in more customers who could have previously been lured away to AT&T or Verizon in order to get the iPhone. With the addition of Sprint and T-mobile on the list of carriers supported by the iPhone, the choice given to the consumers would be great, in terms of freedom.

This move is rather surprising for a company that just one year ago only offered the iPhone through one US carrier, AT&T, as it had been for the previous 3 years, due to an exclusivity contract with the carrier. Earlier this year, a CDMA version of the iPhone 4 was released, which was sold on Verizon in the U.S, making it the first time that the handset had been legally sold outside of AT&T in the United States.

Apple also began selling  a fully unlocked iPhone 4’s earlier this year, which works on any GSM carrier in the world. It doesn’t, however, allow 3G on T-Mobile due to different wireless frequencies. An official T-Mobile iPhone would finally remove this quirk and allow users to get full 3G on the carrier, according to the source and common sense.

A next-generation iPhone has been rumored for several months now. Known in the Apple rumor community as the iPhone 5, the next iPhone is expected to include small enhancements relative to the iPhone 4, although there’s still debate over whether it will include major visual changes at all. A larger screen is expected by some sources, along with an 8-megapixel camera, as opposed to the iPhone 4’s 5-megapixel one, and an improved antenna to avoid the well-known ‘death grip’ problem (aka Antennagate). A dual-A5 processor is also expected, along with more memory.