Samsung’s Galaxy S7 is the hot topic amongst smartphone fans right now, and with good reason. Penciled in for a release on March 11th in the United States and Europe but as yet officially unannounced, the handset that will become Samsung’s new flagship is set to be one that will offer improved performance and a mildly redesigned exterior. Both of those things are now all-but confirmed after a new leak provided photos of what it appears is a prototype Galaxy S7 Edge.

The images, come from a source that has proven reliable in the past, show a smartphone with a plastic chassis and a barcode on the back. The Galaxy S7 is expected to have a glass rear, but given the presence of the barcode, we’re fairly confident in this being a prototype or pre-production device rather than the kind of thing that will be winging its way to customers next month.

The photos themselves aren’t quite blurry, but they’re not great either. From the thickness of the edges, it seems this might be the Galaxy S7 Edge. Gone is the camera hump (almost gone, at least) and that camera is also now encircled with the same color as the rest of the device, adding to the color-matched look of the device. 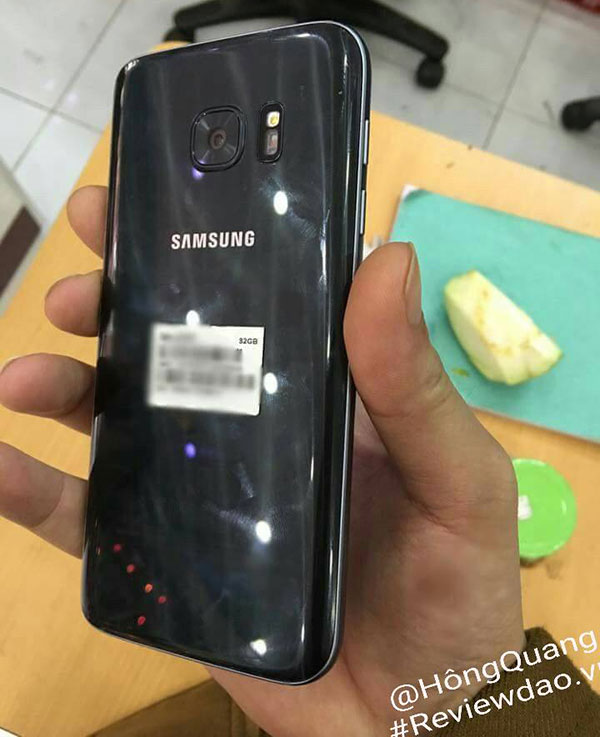 Assuming the overall aesthetics are accurate, the Galaxy S7 and Galaxy S7 Edge are set to be good-looking smartphones, but they’re going to be pretty quick too if these photos are anything to go by. One snap shoes the device running the AnTuTu Benchmark test and almost scoring 135,000 points. Personally I am not a huge fan of benchmarks, but that score should see the handset tested being pretty snappy when it comes to performance. 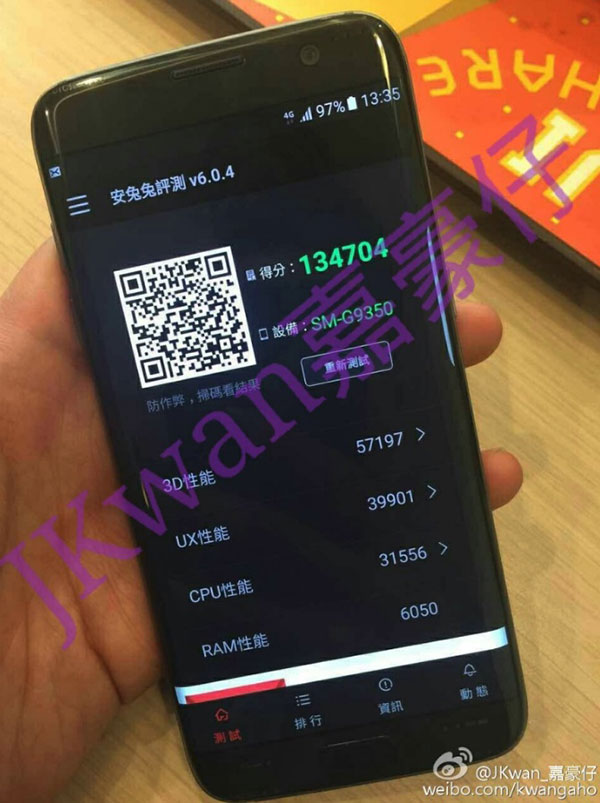 We’ve had plenty of Galaxy S7 leaks of late and we don’t expect that to slow down until an official announcement comes from Samsung. The real question left now, though, is whether the company will have anything left to announce when it kicks its announcement off on Sunday, February 21st, at 7 P.M. CET in Barcelona!