New numbers show Apple’s iPhone 6 and iPhone 6 Plus are steadily taking market share away from Android devices. It’s believed the two new iPhones are the reason for iOS growing significantly faster than Google’s Android, with the latter even seeing a reduction in market share during quarter four of 2014 according to new figures from an analytic firm.

Looking squarely at Q4, iOS saw a year-on-year increase of 46.1% while Android grew by just over a quarter at 26.6%. What that actually means is a real reduction in Android market share during the same quarter with 78.2% of devices running Android in 2013 and 76.6% in 2014. It’s not a huge difference, but when taken in the context of iOS’s increase from 17.5% to 19.7% it isn’t difficult to work out where the extra numbers are going. 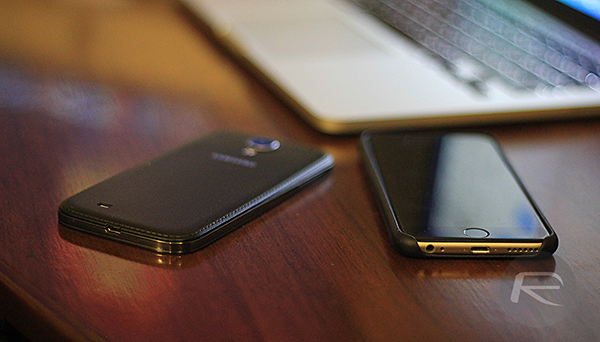 It’s important to note that the numbers released include the fast-growing Xiaomi, which recently overtook Samsung in mobile sales. Xiaomi uses a forked version of Android that doesn’t have access to the Google Play Store and as such it could be argued shouldn’t be part of the Android figures at all. We wouldn’t go quite that far, but it’s a worrying fact for those developing for the platform that one of the biggest players as far as device sales is concerned doesn’t even have access to their apps. It’s no secret that developers already favor iOS in a variety of ways and they tend to go where their customers are. If there really is change in market shares it’s possible developers will follow. 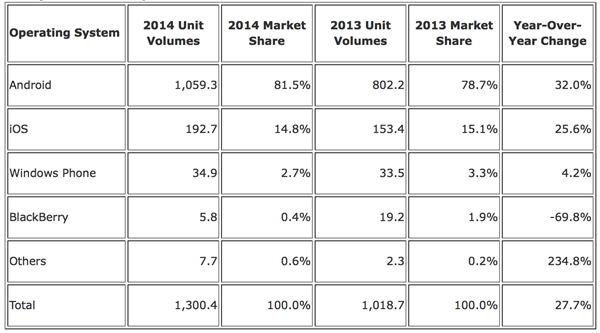 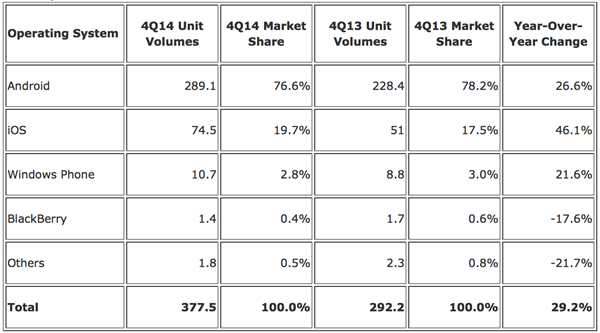 With mobile platforms living and dying on the apps that they offer – just ask Microsoft and Windows Phone – that could be very bad news indeed for both Google and its hardware partners.

Everyone always said that Apple needed to launch new, larger iPhones. Turns out they might have been right after all.