If there are two pieces of technology that have come about in the last five years that have the power to change the way we work and play, the Apple iPad and Microsoft Kinect top the list. Both promised to add a new dimension to both the mundane and the enjoyable things in life, and whether they have managed just that is very much up for debate.

If we had to choose one that has under-delivered on the huge potential that it undoubtedly has, we would have to go with Microsoft’s Kinect. The camera attachment for Microsoft’s Xbox 360 allows gamers to interact with their games using their bodies, rather than their control pads, opening up a whole new way of gaming. The problem is, it hasn’t really taken off the way everyone would have hoped. 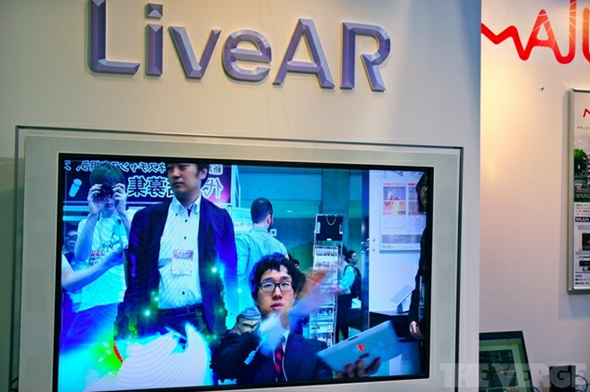 Now, a company is putting the iPad and Kinect together with the aim of potentially taking things one step further, with human-controlled games possibly coming to the iPad. Intrigued? We were, too.

The company behind all this magic, Premium Agency, has released games for Xbox LIVE Arcade in the past, and took to the Tokyo Mobile and Smartphone Expo in order to show off its latest technology. In its simplest form, the tech allows the use of an Xbox Kinect alongside an iPad, multiple people to be tracked for use in games. Normally, the Kinect can only track one or two people, partly due to space limitations. The addition of the iPad allows gamers to join in, with people manipulating the game space using both touch-based gestures on the iPad, and normal Kinect-based gestures via the Kinect.

There are no real uses for the technology as yet, though Premium Agency predicts that companies may add it to things like traditional video cameras and the like, moving forward. The company also believes that the tech may of of use in digital signage too, which certainly has us interested.

Until then, though, Premium Agencies admittedly cool technology is consigned to the large list of impressive tech demos that haven’t made the jump from interesting to useful. Maybe that will change in the coming years.