Aside from the release of the original iPad last year, followed by its predecessor back in March, it’s hard to recall a tablet surrounded by more buzz in the technology world than Amazon’s Kindle Fire. 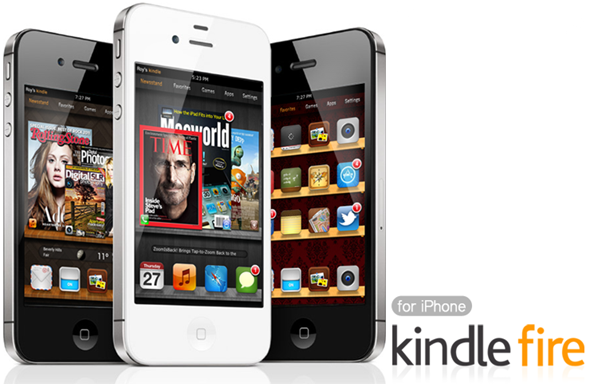 It’s been just over a month since Amazon announced the sequel to the first, unquestionably game-changing Kindle; and the new dual-core, Android-based device looks well and truly set to reach the kind of sales numbers currently unique to iPad.

With 250,000 pre-orders in its first week, it certainly looks as though Amazon has hit the spot in terms of features and pricing. Many other tablets in the Kindle Fire’s price range of $200-250 only manage to muster single-core chips, and as such have struggled to make the kind of impression forecast for the Kindle Fire. The company’s CEO Jeff Bezos has said it is ramping up numbers to produce “millions more” to meet the apparently large demand.

It will drop on the 15th of this month, but for those of you who aren’t planning to spend the $199, there is a way you can get a taste of what is in store if you have an iPhone or iPod touch. Developer falcon212 has created a jailbreak tweak which looks, and functions similarly to Amazon’s upcoming tablet. 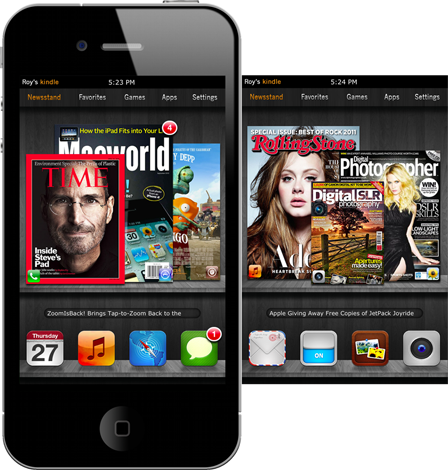 At $2.49, we feel it’s a tad bit expensive. After all, it’s not as though it’s actually bringing anything productive to your device. That said, it’s a nice little tweak and will certainly set your device apart from the rest.

Unfortunately, it doesn’t work with iPad. Now that would be something if it actually did! We have our hopes up and believe that in a future update, the developer would be kind enough to throw in full support for the iPad.

The Kindle Fire for iPhone is available now under the MacCiti repo. You will need to have DreamBoard installed in order to use it.

You will need to be on a jailbroken iOS device if you wish to install it. You can follow our step by step guide posted here to jailbreak your iPhone, iPad or iPod touch on iOS 4.3.5 using Redsn0w (or PwnageTool), or on iOS 4.3.3 using Redsn0w, PwnageTool, Sn0wbreeze & JailbreakMe (that last one being the easiest). For jailbreaking iOS 5 tethered using Redsn0w, you can follow our complete step by step guide posted here, or here if you want to use Sn0wbreeze on Windows. Since jailbreak on iOS 5 is currently limited to tethered boot only, you can install ‘SemiTether’ patch (instructions here) from Cydia to make your jailbreak semi-tethered on iOS 5. For those of you on iOS 5.0.1 can follow our instructions posted here for semi-tethered jailbreak using Redsn0w and SemiTether.