Nobody likes to have their Nintendo Switch gaming cut short because of a lack of battery power. That can be prevented by picking up this battery case and right now we have the discount hook up, too.

The UGREEN Nintendo Switch Battery Charger Case helps to keep the game going even when your Switch gives up the ghost. That’s because it includes a built-in 10,000mAh battery and kickstand to offer the ultimate in portable Nintendo Switch gaming.

The charger gets power into your Nintendo Switch via its built-in USB-C connector and is capable of powering the thing 1.7 times over. That will extend your gaming up to 10 hours, which is long enough for even the most ardent of gamers. And because there’s an included kickstand you will be able to keep playing while the charging happens, too. 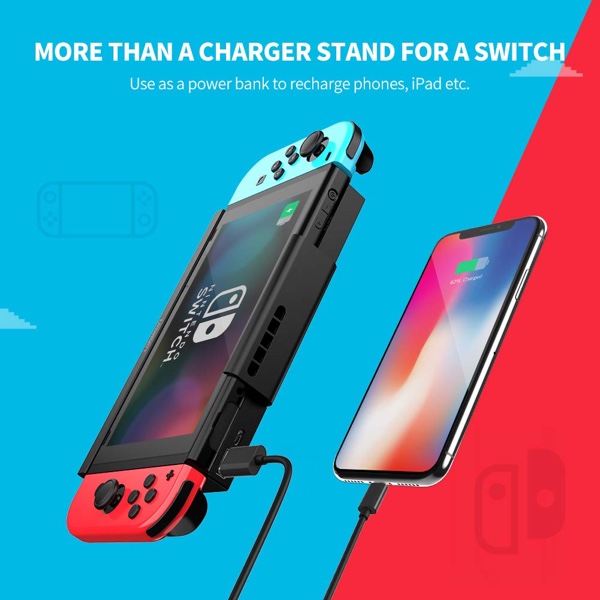 We didn’t realize we needed this thing until we saw it, and we bet you’re thinking the same thing right now. Get that order in soon, before the discount code runs its course.