A new team of hackers by the name “TheiPhoneDevTeam” have come up with a video, which shows iPhone 3.1.3 untethered jailbreak for all the iDevices which includes MC models of iPod touch and iPhone. The video which you can see below completely follows all the video guidelines laid down by MuscleNerd of iPhone Dev-Team. The official description of the video is as follows. 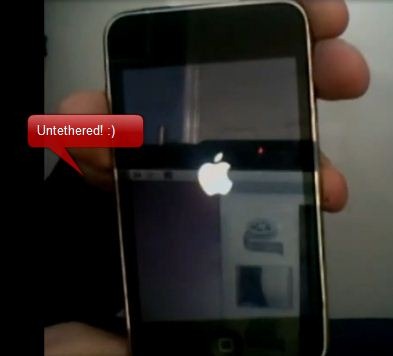 Jailbreak for iPod Touch 1g / 2g / 3g MC , iPhone 2g / 3g / 3gs MC (And yes, iPad is supported, new video showing Jailbroken iPad will be uploaded in late april when it gets delivered!) Jailbreak Development process took 3 weeks from exploit to fully functional program. Program jailbreaks your idevice in about 3 minutes i will upload a update to try and shorten the process in the next few days.

The hackers claim that their software can jailbreak all the iDevices in about 3 minutes, and that you can expect them to release it on 12th April.

Even though the video follows all the guidelines, it still could be fake. Maybe they just want to pressurize geohot or the iPhone Dev-Team to release their respective version of untethered jailbreaking tools? Fake or not, we will know it soon as April 12th isn’t too far off.

UPDATE 1: So as it turned out, MuscleNerd of iPhone Dev-Team has declared this one as fake.

they can’t follow rule #4, which makes them not only fake, but bad at it too. Every rule is there for a reason 🙂