The iPhone hacker (ih8sn0w) behind sn0wbreeze, f0recast and BlackBreeze today has posted a tweet via his twitter account in which he has confirmed to have grabbed the decryption keys for iPhone 3GS on iPhone OS 4.0 Beta. These keys can be used to decrypt the firmware so that you can explore it for exploits for a possible jailbreak. 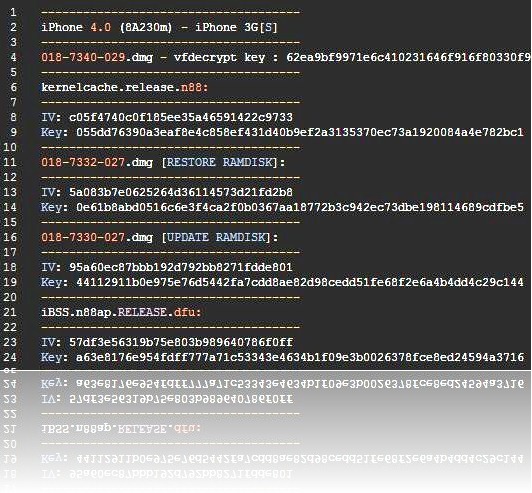 Last week, Apple unveiled iPhone OS 4 which brought more than 100 new features and over 1500 new APIs for both users and developers respectively. iPhone OS 4 is fully supported on iPhone 3GS and iPod touch 3G. iPhone 3G and iPod touch 2G will run most of the things except for multitasking. An iPad version of iPhone OS 4 is expected to be released this fall.

UPDATE 1: Jailbreak iPhone OS 4 with Redsn0w is here. Step by step instructions can be found here.