It is important to emphasize that this is a tethered jailbreak for all devices except for old bootrom iPhone 3GS, for which it is untethered. iPad 2 is obviously not supported.

Sn0wbreeze 2.8b6 also includes the ability to remove UDID check so that non-developers can install iOS 5 Beta 6, along with Beta expiry timer set by Apple.

Since instructions for jailbreaking using this version of Sn0wbreeze for iOS 6 Beta 6 are exactly the same as for last release, you can simply follow our complete step by step instructions posted here to jailbreak your iPhone, iPad or iPod touch on iOS 5 Beta 6 using Sn0wbreeze for Windows. 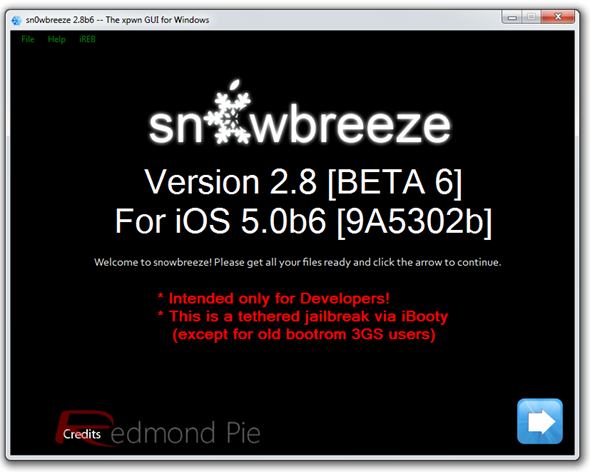