i0n1c Tells Us What We Already Know, iOS 5 Untether is “Covered”

With iOS 5 set to be released this week, the focus is now firmly drawn towards the when, if, and how of an untethered jailbreak. 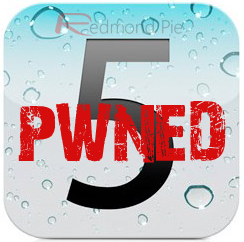 Redsn0w already provides a tethered jailbreak, and so does Sn0wbreeze, but in our heart of heart’s, it’s fair to say that the majority of us jailbreak enthusiasts look for an untether – the freedom to reboot the device without having to reconnect to the PC each time. Whilst jailbreaking unlocks the metaphorical Apple handcuffs, being stuck on tethered assures that at least one of your wrists is still firmly tied to the clutches of limitation.

i0n1c, born Steffen Esser, is a prominent figure within the jailbreak community, and today tweeted that the iOS 5 untethered jailbreak was "covered", Although he gave no further details (let’s face it, hackers don’t always like to completely clarify), it wouldn’t be far-fetched to presume he was talking about the Chronic Dev Team.

If you cast your minds back to last month, it was at ‘MyGreatFest’, the first annual jailbreak convention, that Chronic Dev Team member P0sixninja a.k.a. Joshua Hill announced the hacking group had discovered five new userland exploits within Apple’s latest mobile operating system. Far from being the lost cause we’d all previously assumed, the breakthrough gave us hope of a swift untethered jailbreak once iOS 5 dropped in what he described as possibly amounting to "most amazing jailbreak yet!".

i0nic’s sneaky cryptic tweet only increases the excitement for an untethered jailbreak on iOS 5 – after all, the guys over at the Chronic Dev Team know what they’re doing. You may remember the 4.2.1 untethered jailbreak released by the them earlier this year called Greenpois0n – at the time the only untethered solution for that particular firmware version.

Because the exploits were userland, potentially, the jailbreak would work on all iOS devices on all exploit-ready iOS versions – much like Comex’s highly celebrated and very easy to use JailbreakMe 3.0 – which finally cracked the elusive iPad 2.

Before we get carried away, it’s important to remember that discoveries of exploits and releases of untethered solutions don’t necessarily go hand-in-hand, and there is often a meticulous process beset upon the hacker in order for the jailbreak to be ready for public release. Even if the Chronic Dev Team isn’t working on the untether, somebody is; so stay tuned, and we will bring you more information on an iOS 5 untethered jailbreak as it comes!