Multiple user accounts is a basic feature that’s present in all major desktop operating systems, considered essential to maintain the privacy of users, especially when the machines are shared with many of them. As iOS devices, especially iPads, acquire more and more functionality that brings them closer to full-fledged laptops, it would only make sense for those devices to allow different user accounts. Thanks to this jailbreak tweak, known as iUsers, that is now possible. 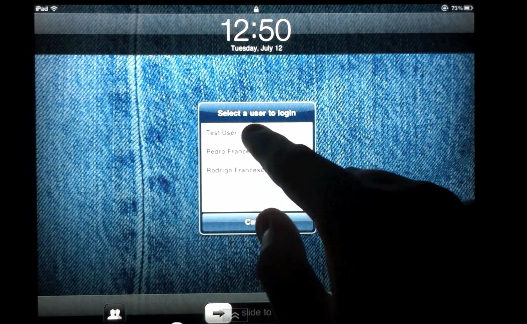 As expected, this new tweak allows different users to have different home screens, settings and even apps, all protected by 4-digit passcodes. When the device is first powered on, users will see a "Select a user to login" popup, much like the login screen on Windows or Mac OS X. From there, users are able to tap on their name, insert their passcode and be up and running in a matter of seconds. Once the device is powered on, users can log out by clicking on a new "switch user" icon next to the "slide to unlock" slider.

You might be wondering how easy it could be to add new users to the system. It turns out that it couldn’t be easier, since iUsers adds it own entry to the iOS Settings app. From there, administrators will be able to manage existing accounts and perform basic tasks like changing passwords. From there, it’s also possible to add new users, apparently an unlimited number.

There’s a known issue with this tweak: when switching between users, the device will automatically restart before the new user is able to login. That’s rather annoying but understandable, since after all iOS doesn’t include out-of-the-box multiple user support.

To watch iUsers in action, check out the video below: