You’d need to have been living under a rock to be unaware that Apple recently announced some new hardware, and with a new iPhone, new iPad and updated accessories having been outed, it’s easy to forget that new software has also been given given the green light. While iOS 9.3 will get most of the interest, Apple has also released a new iTunes update that is rather important, particularly if you want to buy an iPhone SE or 9.7-inch iPad Pro next week.

Alongside OS X 10.11.4, Apple has also released iTunes 12.3.3, which can be downloaded as a free update for both Windows and Mac. When you do download it, you will gain support for both the newly announced iPhone SE and the equally fresh iPad Pro in 9.7-inch guise, both of which go up for pre-order this coming Thursday with releases scheduled for next week.

While recent comments form Apple’s iTunes head Eddy Cue has us all looking forward to a redesigned iTunes at some point in the future, it’s unfortunate that this particular version 12.3.3 update is not the one that will bring that to the masses.

While we have little doubt that Apple is testing the software internally, iTunes is not the kind of app that would benefit from a release being made that isn’t 100% ready – after all, both Apple and iTunes have had some problems with software quality over the years and when there is a possibility of nuking someone’s music collection these things need to be right.

This update adds support for syncing iTunes with iPhone SE and iPad Pro. 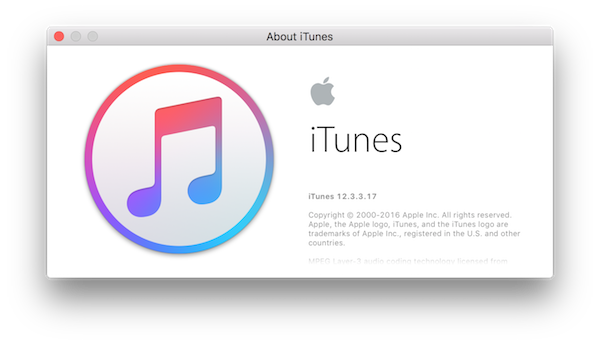 Whether this update adds anything more than support for unreleased hardware or not, we suggest getting the update in due course – it never (well, hardly ever) hurts to be all up to date.

If you are a Mac user, you can get the latest update from Mac App Store. Windows users can head to Apple Software Update utility and grab the update from there.