iTunes 12.2.1 Download For OS X And Windows Released, Here’s What Is New

Apple has just released iTunes 12.2.1 download for Mac and Windows, which is packed with much needed bug fixes and some performance improvements over the previous version that had some serious troubles with iTunes Match and other features introduced with Apple Music. This new release promises to fix some of those issues.

Apple released iOS 8.4 and OS X 10.10.4 Yosemite around two weeks ago, and along with it came iTunes 12.2, iCloud Music Library and of course, the trusty old iTunes Match. But so far there have been a number of complaints where users reported incorrect matches, and instances where entire music libraries were deleted from iTunes just because existing matched music was moved to Apple Music, rendering it unavailable for download or further copying. 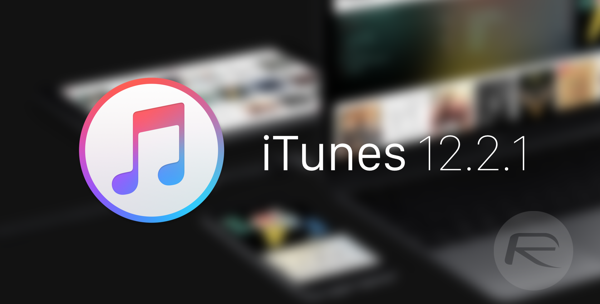 The iTunes 12.2.1 update should put an end to these horrors, including incorrect and bad metadata, track duplication, and random playlist wipes, and should also make it possible for several iTunes Match subscribers to sign up for Apple Music for the first time, where previously they were unable to do so. Also included are some bug fixes for Beats 1, which didn’t exactly have the best streaming performance at launch as users reported drops while streaming and other playback related issues.

iTunes 12.2.1 is available for both Windows and Mac right now, and while Mac users can immediately download the new release using the Mac App Store under the ‘Updates’ tab, Windows users have to utilize the Software Update app to grab hold of the software. If you’re downloading from scratch however, then you grab the latest version of iTunes from: apple.com/itunes.

Here’s the complete changelog of the iTunes 12.2.1 update:

We highly recommend that you update to the latest version right away as it promises to fix a lot of issues. Besides, it’s always a good practice to be on the latest software update no matter what. So go ahead, fire up the Mac App Store on your Mac, or Software Update tool on your Windows PC and update away.