It has taken a fairly long time for Microsoft’s Office suite to reach the mobile scene, and even though the launches for iOS and Android are now official, the Redmond company neglected to bring support for Apple’s iPad right off the bat. Outgoing Microsoft CEO Steve Ballmer has assured iPad users that touch support for the larger displays of Apple’s iDevice is forthcoming, adding that work is “in progress,” and that users can still access Office Web Apps using their browser.

Adapting Office to the touch first user interface is something that Microsoft has been working incredibly hard on, and although it would seem that, quite naturally, Windows devices will be among the first to see this support, those on iPad should hopefully not be too far behind.

Like with most of Microsoft’s mobile endeavors of late, the company has been rather lax in bringing Office to the fore, and although the reputation of the famed productivity suite perhaps precedes itself enough to make a solid impression on mobile consumers, it’s fair to say that it will face stiffer competition than if it had arranged its tanks a great deal earlier.

Everything about Microsoft in the mobile market seems delayed and subsequently hasty, and it remains to be seen whether the inevitable purchase of Nokia’s products and services division will wind up paying any tangible dividends. The omens are certainly not great right now, but with Mr. Ballmer having recently announced his retirement and the Windows maker now on the hunt for a new head honcho, perhaps the company’s mobile fortunes will improve. 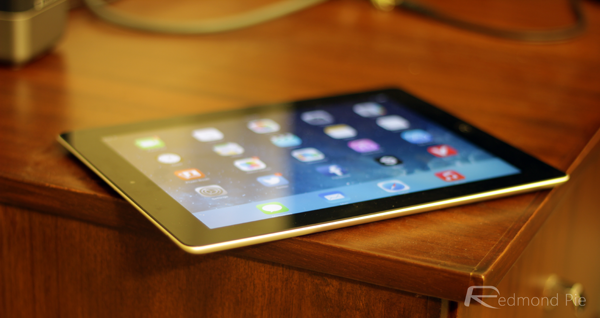 Although the buck doesn’t necessarily stop with Office, the company’s eventual success or failure in mobile space rests quite significantly upon it, and one cannot help but feel that the sooner Office for iPad is released, the better.

There’s currently no ETA on the release, but we can probably presume that an Office 365 subscription will be a prerequisite, if the iPhone version is anything to go by. We’ll keep you posted as and when we hear more, so stay tuned!