Now that the 2018 iPhone lineup has been announced we know exactly what we will be lusting after for the next year, but while it’s clear that the new iPhones look great, we never really know how well the will perform until someone gets one in their hand and when that happens, we invariably start to see Geekbench scores start to appear online.

That’s exactly what has now happened, at least in the case of the iPhone XR and iPhone XS Max. 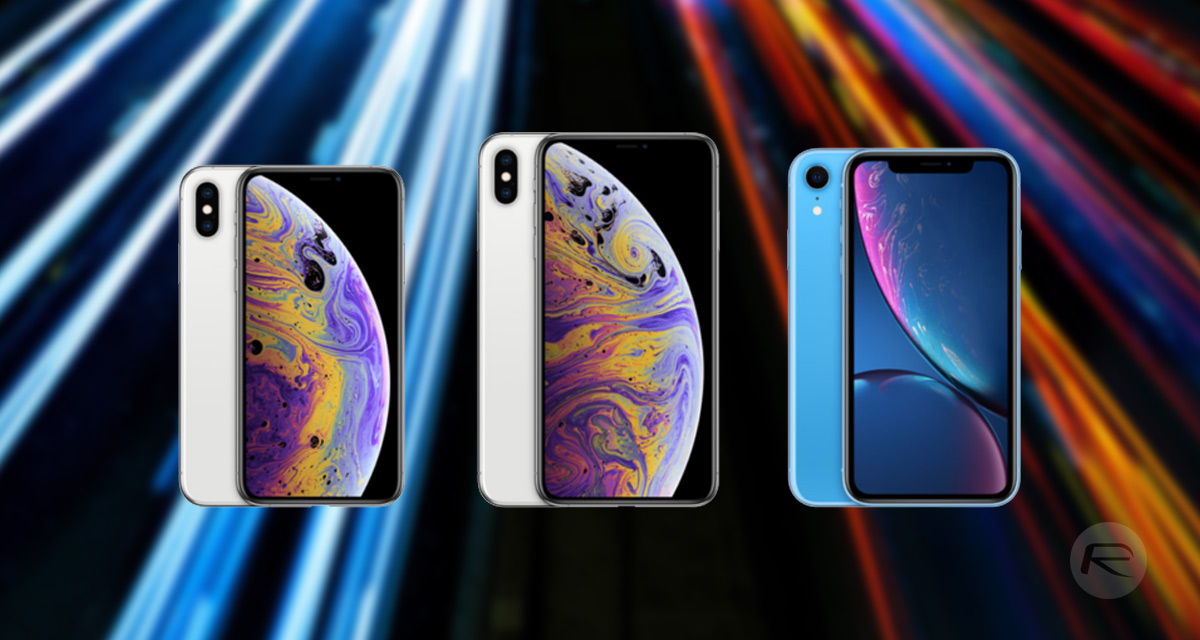 As we might have expected, both perform well, and they really should, given the specifications that Apple spoke about on-stage. The included A12 Bionic chip is said to have a GPU that is 50% faster than last year’s iPhone with high-performance CPU cores that are 15% faster. That should translate into faster smartphones and yep, it does.

The new scores that have appeared online not only give us the scores themselves, but also confirm how much RAM each device has, too. Starting off with the iPhone XR we see a single-core score of 4754 and a multi-core score of 9367. 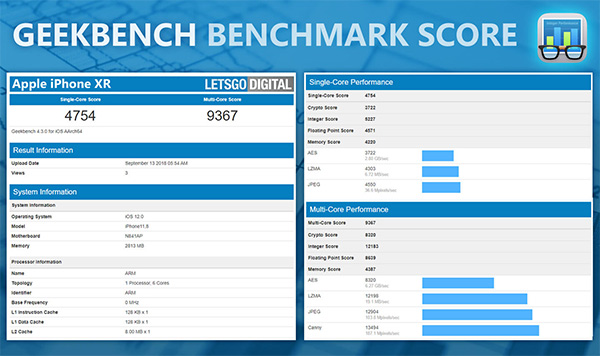 Speaking of which, the iPhone XS Max reported scores of 4813 in single-core performance and 10266 in multi-core with 4GB of ram onboard. The extra RAM may explain the higher scores, especially in multi-core – remember, both phones have the same internals beyond the amount of RAM used, as far as we know at least. For comparison’s sake, the iPhone X managed a single-core score of 4061 and a multi-core score of 9959 from its A11 Bionic chip. 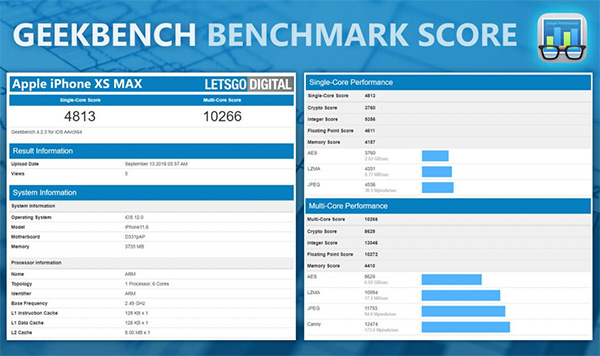 We’ll have to wait and see how these scores stack up in real-world tests once people start to receive review units, but initial indications are that, just as expected, these are going to be the fastest iPhones yet.

Also, while the benchmark results here do not include the iPhone XS, for those wondering about the amount of RAM that phone will be packing, we are placing our bets on 4GB, the same as the iPhone XS Max.