Samsung and Apple are undoubtedly the two biggest names in the mobile industry, and as the companies continue to go at each other’s throats in a myriad of patent disputes, it’s fair to say that fans of both companies can be just as forthright in debate over which of the big two produces the best devices. In a finding that is bound to cause more than a little controversy, a study has discovered that iPhone owners tend to be younger, wealthier, and – get this – smarter than their Samsung-wielding buddies.

The research, collated by Consumer Intelligence Research Partners and published by Fortune, shows that the portion of iPhone users with a college degree, masters or doctorate significantly outweighs the percentage of Samsung smartphone owners with such high-level qualifications. While there’s no apparent correlation between owning an iPhone and being smart, it certainly does make for interesting reading, and will no doubt serve as a trump card for many an Apple fanboy when the debates kick off. 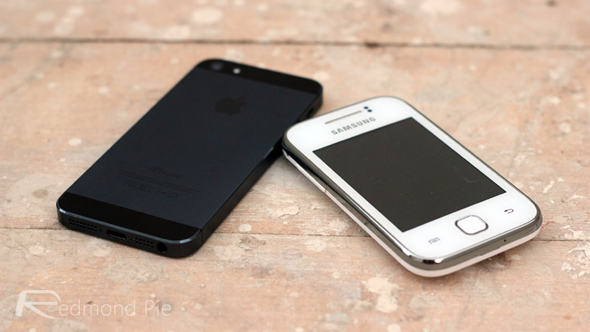 As well as education, the research also looked at age and discovered that iPhone users tend to be younger than their Samsung-purchasing counterparts.

Perhaps the least surprising statistic, given the reputation of Apple products as being pricier than most, is that iPhone buyers are, on the whole, wealthier than those picking up a device from Samsung’s range.

While as many as 20% of iPhone owners made the leap to Apple from a previous Android, only around 7% made the jump the other way from iOS to Android, which says quite a bit about consumer loyalty and Apple’s ability to retain its consumer base. Considering how Apple’s iPhone has kept its perceivably small display and almost unchanged OS since the beginning, it has to be said the company is doing a pretty good job in this department, especially taking into account the many different configurations and options offered by Samsung and others. 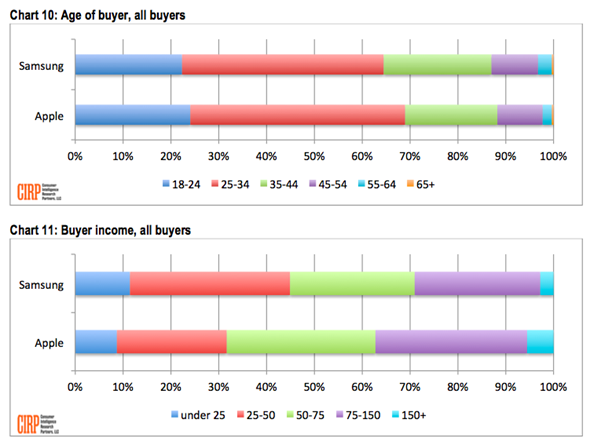 So, there you have it, folks. iPhone owners are younger, richer, and smarter than Samsung buyers. Of course, we don’t wholly agree with the assessment, but do you? Please do share your comments below, we’d love to hear from you on what is likely to be a very touchy subject!