If you’re planning on getting your hands on a new Chromecast, then it’s highly likely that you are a movie buff who loves nothing more than immersing yourself in your movie collection.  That’s all well and good, but as you may know, the product does come with its limitations, with one of those limitations being the inability to stream locally stored high resolution video through the device. We can all understand why this is the case, but it seems that not all developers are happy with the way Google sees things. Koushik Dutta – of ClockworkMod fame – has made his AirCast app available for Android devices that bridges the gap between what Google permits and what users actually want from the Chromecast.

After reverse engineering the Google Chromecast protocols, Dutta has been able to build an app that gets around restrictions that have been put in place by Google, therefore allowing AirCast to be possible. The app itself is a small installation that allows Android users to share videos through a number of existing apps on the device, such as Gallery, Dropbox and Google Drive. After all, it’s highly like that these are the locations where users will have video files stored if they have any. 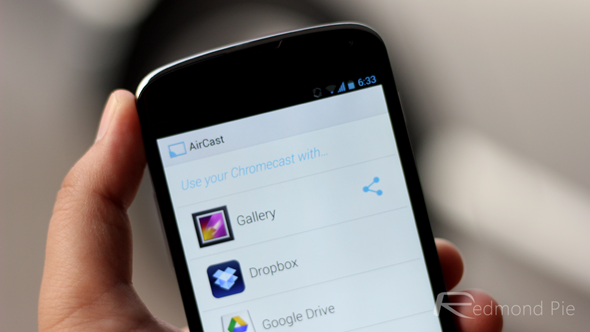 Using AirCast is extremely simple. After installing the in-beta APK you simply select a video that is stored locally on the device through one of the aforementioned apps. Selecting the Share button then streams the video to the local Chromecast dongle. Users also have the preferential ability to control all aspects of the video playback directly from the device itself. The launch of the Chromecast dongle with native support for only Netflix, Google Movies, Google Music and YouTube means that there is definitely a market for offerings like Dutta’s AirCast – not that Google will be happy about it. 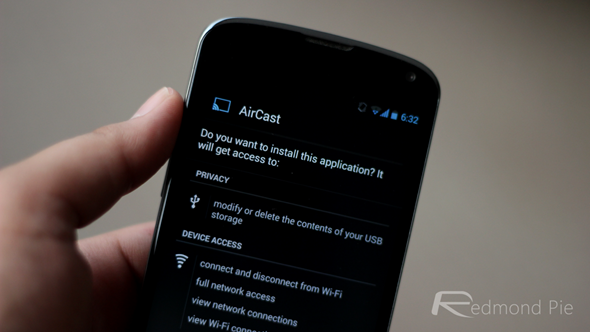 It’s highly likely that Google has a future vision for the Chromecast product, which will ultimately bring in additional media partners as the dongle gathers traction. Having the ability to take locally stored files and bypassing restrictions like this will not sit well with Google and their partners. The current APK is available from the download link below, with Dutta stating that this version will "self destruct" in two days. Get it while it’s hot.