If there’s one thing people like to do, it’s compare sales metrics for smartphones. Potentially one of the best ways to ascertain just how well a device is selling when compared with its peers, average selling prices show just how willing buyers are to pay substantial amounts of money in order to get their fingers on the latest and greatest technology from their manufacturer of choice.

The latest stats come courtesy of the people at Statista, who’s numbers, charts and general statistics aim to show what the average selling price is for an array of smartphones. It’s a simple metric, but a rather powerful one in its current form. 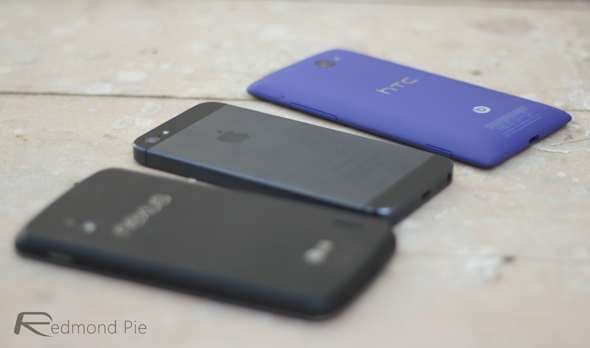 It’s also a metric which shows that, according to Statista‘s numbers, iPhones are being bought for roughly double that of Android-powered phones. For devices sold in the third quarter of 2013 and purchased without a contract, iPhones cost on average $635 whereas during the same period of time Android phones sold for $268 on average. That’s a huge difference if you’re asking us.

The stats make for some interesting reading, and perhaps goes to show that the majority of Android phones sold are of the lower end, and indeed cheaper variety which in turn is bringing that average downwards. With Windows Phone and BlackBerry apparently worth more to customers who buy off-contract, it’s clear that Android buyers aren’t keen on picking up the high end devices when they aren’t part of a two year contract. 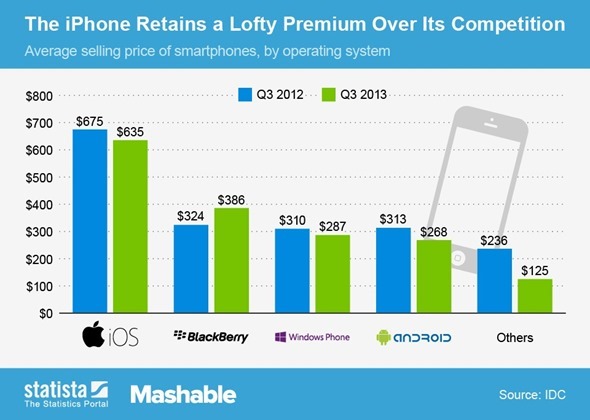 Of course, as with all stats though, it’s entirely possible that these numbers aren’t telling the whole story. Things are looking pretty clear from where we are though.

But one thing’s clear here, if you’re looking to make some cash off a smartphone which is lying around in your household, then the iPhone is the first device you should look forward to selling. If all else fails, then go for Android.