According to a new report, Apple will introduce iPhone 8 complete with a curved OLED display and, wait for it, a USB-C connector instead of Lightning.

A number of previous reports have already suggested that Apple’s move to OLED technology would allow for a design incorporating a curved display. However, a number of analysts have recently also predicted that this wouldn’t be the case due to yield issues. Popular publication WSJ today though is once again pushing the curved screen agenda, suggesting that it will allow Apple to introduced a radically different looking iPhone. 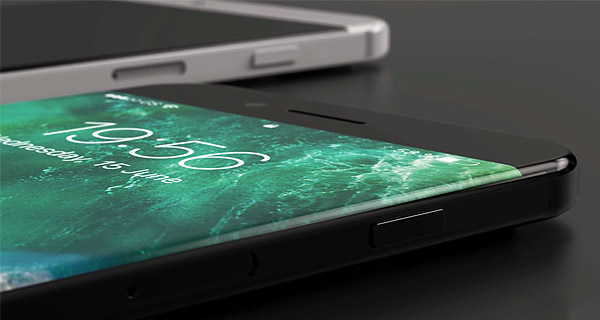 Whether or not Apple will actually move across to OLED technology has been a continually hot topic of conversation over the last few months.

Apple has consistently pushed out smartphone hardware with LCD displays, but it looks as though the time has finally come for the Cupertino-based company to move across to the more energy efficient, flexible OLED tech favored by companies like LG and Samsung. People familiar with Apple’s internal plans are suggesting that the first iPhone released with this new panel type will be later this year.

Today’s report also adds further fuel to the KGI Securities-started fire which has been suggesting that Apple will push out three new iPhone models later this year. One of those models, which is presumably the top-end device, will come complete with this curved OLED experience, and two lower-spec “S” models which will ship with minimal design iteration as well as the same LCD display panels that we have seen on Apple’s previous modern devices. The high-end iPhone 8 is also expected to be released as the “10th Anniversary Edition”, which hopefully means we will welcome in impressive hardware.

The report also corroborates earlier rumors suggesting that OLED-based iPhone 8 will be of the same size as the current 4.7-inch iPhone, but will have a usable screen real estate of 5.15-inches due to the slimline design and the edge-to-edge display which will no longer be covered and obstructed by bezels. Of course, if true, this design will also mean that the iconic Home button will likely disappear in favor of a “function area”.

There’s also word that Apple is all set to ditch the Lightning connector in favor of USB-C connector which would provide out-of-the-box interfacing capability with the company’s latest MacBook and MacBook Pro machines. Definitely something Apple fans would welcome whole heartedly!