Have you ever looked up at the stars and dreamed of one day blasting off from earth and setting off on an intergalactic space journey into the stratosphere? Well, believe it or not, that dream could be closer than you actually think with Elon Musk’s SpaceX officially announcing that two private citizens have paid good money to be sent on an amazing, potentially once in a lifetime, journey around the moon which is set to happen in 2018.

Elon Musk has confirmed that the two individuals have already paid a “significant deposit” in order to board one of the company’s purpose built rockets to be blasted off from earth around the moon. 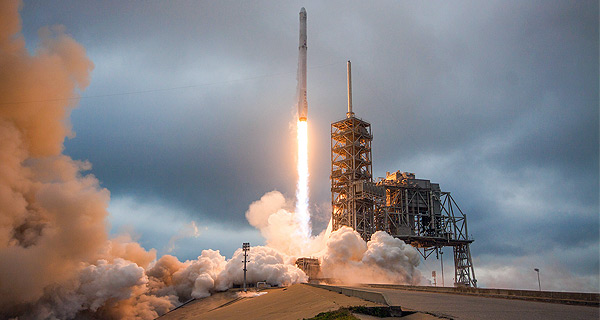 The journey will not only be significant due to the fact that it’s two ordinary individuals being given the opportunity rather than highly trained astronauts, but also because it “presents an opportunity for humans to return to deep space for the first time in 45 years”, according to Musk.

In order to keep the public eye away from the individuals in question, Musk has refused to reveal the identities of the two presumably very wealthy individuals who have paid for this opportunity aboard the Crew Dragon (Dragon Version 2) powered by the Falcon Heavy rocket. However, he has confirmed that they aren’t Hollywood personalities, so presumably not famous in that respect, and that they actually know each other.

The SpaceX CEO has also waxed lyrical about how the two passengers will “travel faster and further into the solar system than (any human) before them.”

Like the Apollo astronauts before them, these individuals will travel into space carrying the hopes and dreams of all humankind, driven by the universal human spirit of exploration. We expect to conduct health and fitness tests, as well as begin initial training later this year.

The SpaceX craft which will take the two passengers into the solar system next year will be put through the testing process later this year with four flights to the International Space Station (ISS); one with crew, and three with cargo. 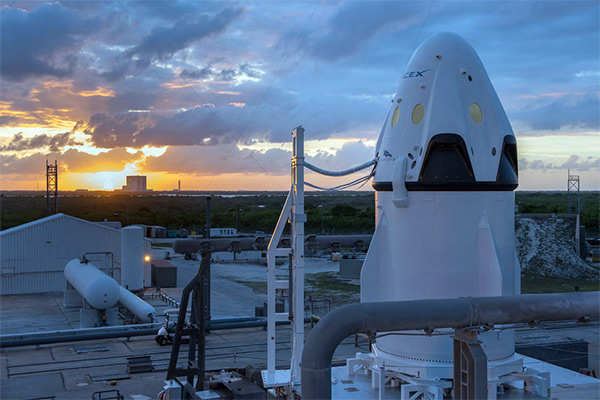 Everyone involved has also acknowledged that this is still space travel, and that there is still a serious amount of risk involved in climbing aboard a fuel-powered rocket and heading off into space. As part of the trip, there will be no lunar landing and the two passengers will make a loop around the moon, breezing past the lunar surface.