Reports pertaining unreleased Apple gadgets are aplenty, particularly at this time of the year when analysts and commentators try to piece together the release calendar using clues, tip-offs, historical context and some good, old-fashioned conjecture. And now a new report has just popped up which is backed by some research, and believes that Apple may be preparing an iPhone 6 with a 5.5-inch display, while the screen of the so-called iWatch device may be comprised of flexible AMOLED.

If either were to ring true, they’d certainly be firsts given that the company has stuck with the small phone form factor from the get-go, while AMOLED is something that only rivals have utilized.

The original iPhone offered a 3.5-inch display, and although things got a great deal sharper and generally more beautiful with the iPhone 4, it wasn’t until the iPhone 5 – released only late in 2012 – that Apple pushed the boundaries and offered (an admittedly stingy) 1/2-inch increase. 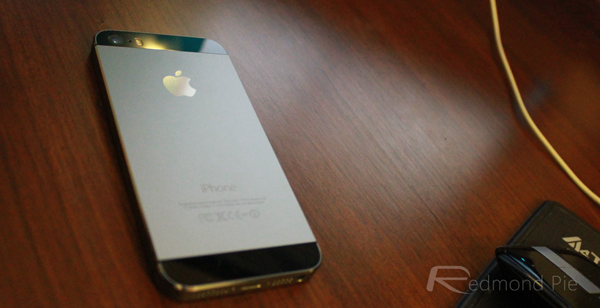 There is a growing faction of Apple fans looking for something larger, though, and with the likes of the HTC One easily competing with the iPhone in terms of aesthetics, the Cupertino outfit knows that it cannot afford to rest on its laurels for too much longer. Almost every year, we’ve heard rumors pertaining an iPhone with more display real estate, but only this time around does it actually seem as though we may actually get it.

As well as the 5.5-inch model, the 4.7-inch, lower-end model will be made to suit those with smaller hands and pockets. This second configuration would still represent a significant leap from the 4-inch panel of the current flagship iPhone 5s, and with a 1,600 x 900 resolution offering 386 pixels per inch, it’ll be both comfortably within Apple’s arbitrary "Retina" zone and sharper than any other iPhone we’ve seen to date.

The iPhone roster’s major changes could well be upstaged by the introduction of the alleged iWatch, which will, if what we’re led to believe is true, compete with the likes of the Pebble, Sony and Samsung in the smartwatch field. Unfortunately, despite having heard a lot of it, we’ve yet to really learn about its tech specs, form factor, or any otherwise interesting details, but according to the report, its display will be Apple’s first AMOLED.

Moreover, the report mentions flexible AMOLED with a pixel density between 278ppi and 348ppi, depending on whether the display’s diameter stands at 1.3 or 1.6 inches.

Hopefully, we will soon begin to see some evidence to substantiate these claims.