iPhone 6 Sent Into Space, Survives Drop Test On Its Way Back To Earth [Video]

We’ve seen a lot of crazy things done to a vast assortment of gadgets, and the latest to receive the ‘strange’ and ‘odd’ treatment is the iPhone 6, which was sent to space to prove a point. Yes. Space. The same place where life cannot exist without ‘special’ equipment support.

As you might’ve guessed by now, the iPhone 6 we’re talking about here wasn’t sent barebones into outer space, but was externally protected by one of Urban Armor Gear’s tough ‘composite case’, which is rated to ensure military grade protection to devices such as Apple’s offering. 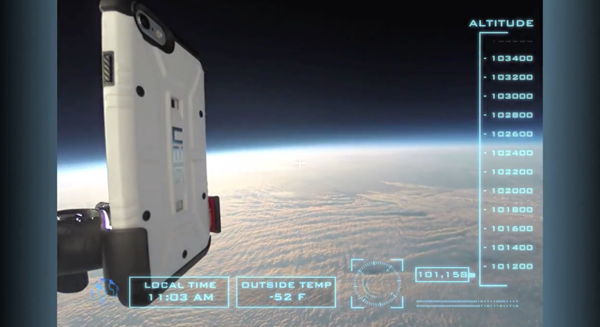 The said unit was sent into outer space using a weather balloon. The whole proceeding was recorded using a couple of GoPro cameras. In case the iPhone got lost on its way back to planet Earth, a GPS locator was also thrown into the mix.

As soon as the iPhone 6 reached a height of 101,000 feet above ground level, the device had to face wind speeds of up to 70 miles per hour, with temperatures dropping down to –79 degrees Fahrenheit. The iPhone 6, tied to the contraption, powered itself down for safety automatically once it hit those temperatures, after all, smartphones are not designed or rated to withstand those sorts of extreme conditions. 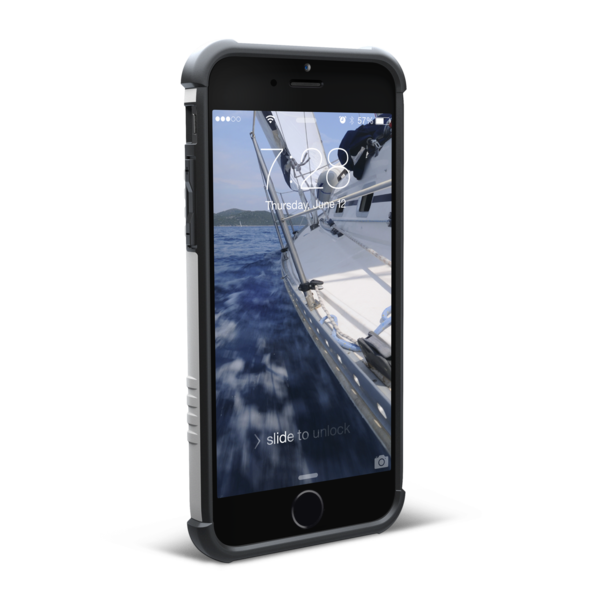 Another interesting thing to note here is that the iPhone 6 made its way down to Earth unscratched, and the journey wasn’t a pleasant one either, but still, the case from Urban Armor Gear managed to protect the device’s external components like a walk in the park.

But did the device power back on once it landed? It did, and it was functioning normally as it would.

So yeah, use Urban Armor’s composite case on your device if you’re planning to go on an interstellar journey.